Here are the top 40 things that make you British – how many do you do?

Obviously queueing is in there 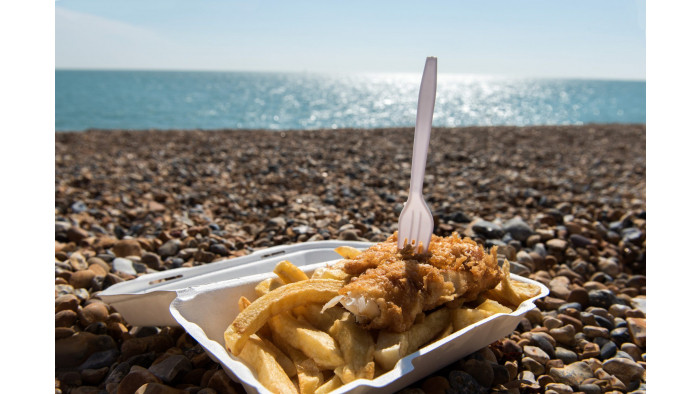 You don’t always feel very British until you step outside of Britain, when suddenly you’ll start telling anyone who’ll listen about how we love to queue, we’re overly polite, and my God if you can’t get your hands on a Sunday Roast between the months of September - April you might cry.

And now new research for Sky Arts by OnePoll has revealed the top 40 things that apparently make us British. The survey was commissioned to celebrate Art 50, where 50 artists have created pieces to show what it means to be British.

Here’s the top ten on the list. Surprising? No.

1. Talking about the weather

3. Having a roast dinner on Sundays

4. Putting the kettle on in a crisis

6. Using tea as a cure/fix for everything

8. Saying please and thank you

As you might have predicted, a lot of it revolved around tea. Which is a good thing, we have the best tea. As soon as you go abroad you literally cannot get the same brew no matter what you do, and they think we’re weird for putting milk in it. I think I actually had withdrawal symptoms when I went away for two months once, I came back craving a Yorkshire Tea and eight cans of beans on toast and that is what I ate for three days straight on my return.

Perhaps the only thing missing from the full list is ‘Talking about how British we are’ - considering the twitter account Very British Problems has over 4 million followers, and posts gems like the one below;

11. Having a stiff upper lip

12. Having a dry sense of humour

16. Being proud of where you are from

17. Pulling together in a crisis

18. Not complaining in a restaurant when the food is poor

19. Having meals based on what day it is – like Fishy Friday

20. Having a barbecue as soon as the sun comes out

21. Holding the door open for someone when they’re unnecessarily far away so they end up running for the door

22. Wearing shorts and sunglasses the second the sun comes out

24. Moaning about our commute

25. Saying ‘right’ before you’re about to do something

27. Being squashed on the train by a larger person and pretending you don’t notice when they are half sitting in your seat

28. Shouting ‘wahey when someone drops a drink in the pub

29. Never letting your emotions get the better of you

30. Putting ketchup on everything

31. Uttering ‘aaah’ after taking the first sip of a cold beer

32. Loving to hate the Royal Family

34. Always clearing your plate at dinnertime

37. Not swearing or using bad language

39. Being open with your feelings and emotions

40. Being supportive of immigration

It’s nice to see some nice ones like ‘Respecting LGBT culture’ and ‘Being supportive of immigration.’ are on there, albeit at the very bottom of the list – let’s hope they climb a bit higher as time goes on.

Perhaps the most endearing item on the list is ‘Shouting ‘Wahey!’ when someone drops a drink in the pub.’ - I did this once when I was in Europe and everyone looked at me like I was an alien. I suddenly felt very homesick and needed a brew instantly. And said sorry, of course. How many apply to you?