The new 'Hellboy' trailer has swearing, the 'Stranger Things' guy and a pub that doesn't exist

And London takes a hell of a kicking 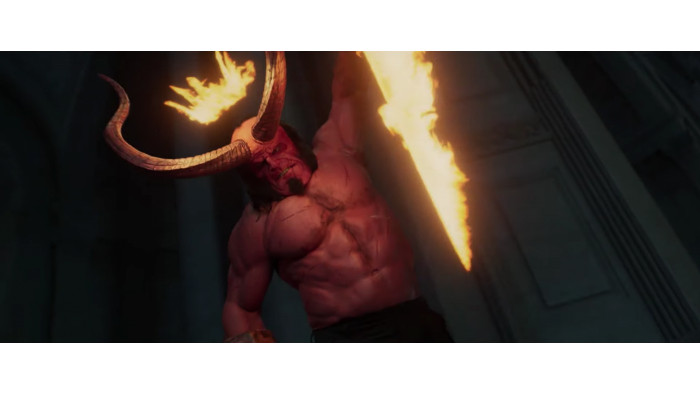 There’s a new trailer for the upcoming Hellboy reboot, in which Hellboy is now played by Stranger Things’ David Harbour, and London gets a total kicking. The trailer has swears, blood, stabbings and a fairly unweildy one-liner.

Directed by Britain’s own Neil Marshall (who has worked on Game Of Thrones and made both The Descent and Dog Soldiers, two of the best British horror films of the 2000s) and also starring Milla Jovovich, Daniel Dae Kim and Ian McShane, it’s out in April.

- O’Toole’s Tavern is a made-up pub which doesn’t exist (if you look it up on Google Maps it offers you Waxy O’Connor’s), which is upsetting, because if they used a real pub we could insist on going and spending the afternoon there as research.

- A lot of the effects look a bit… unfinished? Milla Jovovich’s first appearance looks like something out of Soul Calibur.

- There’s a bit of a Shadow Of The Collossus feel to it when he’s whacking that big bastard with a sword and all. And Bloody Roar when the guy from Lost turns into a leopard. Video games are great. Let’s all play loads of video games this afternoon.

- In a post-Thanos world, is dissolving a bit, er, done?

- Ron Perlman’s Hellboy casts a big shadow, doesn’t he? David Harbour seems to be doing all he can to make the role his own, and they’ve changed the shape of the character’s face and stuff, but it feels a bit pastichey. Like, wouldn’t it be fun if we could have a film with skyscraper-sized monsters fucking up London that wasn’t based on an existing property?

- Smoke On The Water still bangs.

- There are too many words in his gag at the end. “We do, but it’s not gonna work, you know, cos I’m a Capricorn and you’re fucking nuts.” You could definitely shave a few off the beginning. It might involve rewriting Jovovich’s line, but that’s how things work.

Overall it looks big and fun and silly, even if it seems tonally a bit all over the shop, and there’s a hell of a cast, and a few months to tidy those effects up (some re-exporting definitely needs to take place – try sliding the ‘quality’ slider up and the ‘sucks’ slider down, it might result in a bigger file size but someone might have a USB stick you can borrow). Ultimately as soon as you have a movie where a big red sweary monster-man is riding a dragon he’s chained himself to across a river of lava while holding a flaming torch, we’re there.