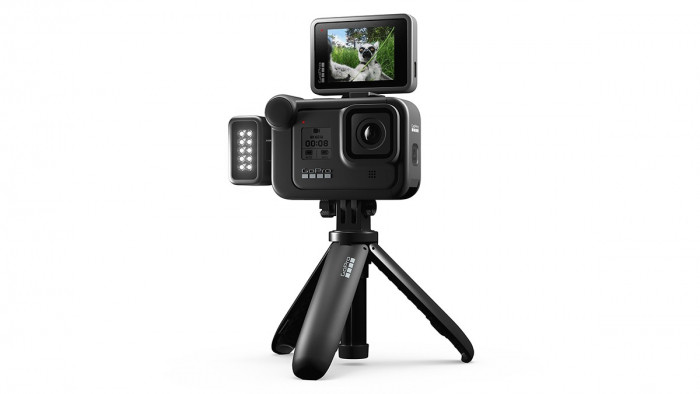 After some teasing, and a fair bit of waiting, the new GoPro Hero8 Black has finally been revealed.

Don’t be fooled - it may look the same as its predecessor, the Hero7 Black, but GoPro has made some notable changes.

Firstly, it’s 14% lighter. And, although it is still waterproof up to 10 metres deep, it now has a foldable built-in mount to attach a tripod to improve shots and add flexibility.

There’s some significant additions internally, too. It now has something called HyperSmooth 2.0 stabilisation to reduce camera shake. Along with TimeWarp 2.0 (where you can slow down or speed up video), a number of digital lenses giving you the option of narrow, distortion-free Linear, Wide and SuperView.

If the camera alone isn’t enough for you, there are also a number of mods you can add. These include a LED light, a flip-up screen and a media mod which adds a microphone, USB-C port, 3.5mm mic jack and HDMI port.

The Hero8 Black is available to

You’ll have to wait a little longer for the mod attachments though, as they’re not available until December this year.

Whether it's a retro model or one with a contemporary twist - these are the best instant cameras.
News

Learn something new during lockdown (and impress your mates)
Tech