Tell us something we don't know 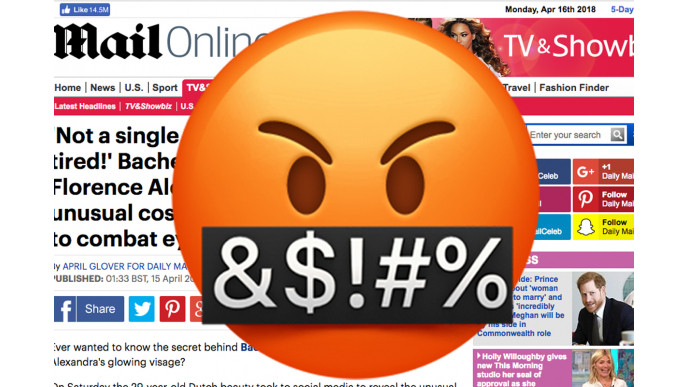 Fake news is a topic we can’t seem to get away from, at the moment: ironically always making headlines, the phenomenon has been picked up as a talking point from commentators across the political spectrum and is also a favourite topic of everyone’s very least favourite politician, Donald Trump.

So it was with this in mind that Microsoft decided to add a new opt-in functionality in its browser, Edge.

Created by a startup called NewsGuard, the feature gives websites a “nutritional value” – essentially telling users whether or not the articles they’re reading are verifiable or, basically, full of shit.

And one of the victims? Our very own Daily Mail.

If you visit the site on the browser, you’ll be met with a message warning that is “regularly publishes content that has damaged reputations, caused widespread alarm, or constituted harassment or invasion of privacy”. Pretty damning stuff.

According to The Guardian, NewsGuard uses analysts to “manually check whether sites meet a series of journalistic standards, making all its judgments public and inviting outlets to respond to criticism and improve their standards to gain a higher rating”.

And with a rating of one out of five, the Mail very much does not meet these journalistic standards.

“We spell out fairly clearly in the label exactly how many times we have attempted to contact them,” NewsGuard co-founder Steve Brill told The Guardian. “The analyst that wrote this writeup got someone on the phone who, as soon he heard who she was and where she was calling from, hung up. We would love to hear if they have a complaint or if they change anything.”

Microsoft (obviously) say that they have no opinion on NewsGuard’s judgements – but with organisation Stop Funding Hate pointing out that just 10% of the British public think the Mail makes the UK a better place, there’ll be plenty of people who think they’re bang on the money.