Doctor Strange In The Multiverse Of Madness: first reactions are in!

What people are saying about the latest Marvel movie. 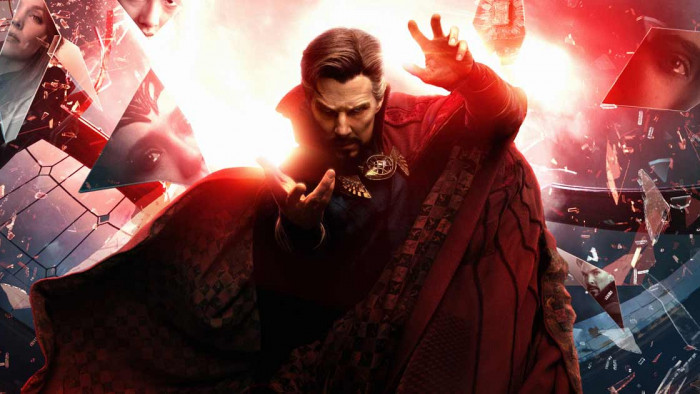 The first reactions to Doctor Strange In The Multiverse Of Madness are in, after the latest Marvel movie had its global premiere in LA.

The movie has been directed by horror maestro Sam Raimi who is no stranger to Marvel, having directed the trilogy of Tobey Maguire Spider-Man movies in the 2000s.

Now, Raimi has a background in horror and he always likes to add some scares to his mainstream movies - case in point: Doc Ock's tentacles in Spider-Man 2 - so it was pretty certain that he would push the boundaries with this one. And, according to the first reactions, this is certainly the case.

Doctor Strange In The Multiverse Of Madness is the 28th movie in the MCU but from the reactions below, the excitement for the movies doesn't seem to be waning.

Here's a spoiler-free look at what people are saying about the movie...

By far the creepiest, gnarliest, zaniest, most haunting & terrifying Marvel movie, #MultiverseOfMadness definitely brings the Sam Raimi horror vibes, and I loved that about it. Danny Elfman’s music is a perfect fit for the film’s odd, mysterious tone & Elizabeth Olsen is MVP, imo pic.twitter.com/R5Ybhnd4rl
— Erik Davis (@ErikDavis) May 3, 2022

There’s a reason “Madness” is in the title, folks. The new #DoctorStrange will make you feel as though you’ve lost your mind from sheer awesomeness. It’s also the perfect showcase for Raimi’s kooky (and oftentimes terrifying) sensibilities. The first MCU horror film has arrived! pic.twitter.com/J0fkGKpXei
— Josh Weiss (@JoshuaHWeiss) May 3, 2022

#DoctorStrange is totally madcap and insane. It’s 100% a Sam Raimi movie (which is very much appreciated), easily the scariest MCU entry thus far. Go in knowing as little as possible. Your journey to the multiverse will be much more enjoyable.

#DoctorStrange in the Multiverse of Madness rules. It’s inventive, truly weird, and absolutely a joyride to watch. I didn’t realize how much the MCU needed something like this.

I will have so many more thoughts over at @ComicBook very, very soon. pic.twitter.com/neRFGfhlMG
— Jenna Anderson (@heyitsjennalynn) May 3, 2022

#MultiverseofMadness is a ride from start to finish. A little rushed in some spots, but it has the iconic Sam Raimi wild vibe. No surprise, but Elizabeth Olsen as Scarlet Witch is a force and she surprises at every turn as she builds upon everything she's done in the MCU so far pic.twitter.com/AW9yIPj9ME
— Nora Dominick (@noradominick) May 3, 2022

#DoctorStrange: MARVEL MADE A HORROR MOVIE! It's weird, scary and earns the title "Multiverse of Madness." If you were at all concerned this movie wouldn't feel Sam Raimi enough, fear not! I can't imagine a more Sam Raimi MCU film. My genre loving heart is bursting right now. pic.twitter.com/9we5vMpXhy
— Perri Nemiroff (@PNemiroff) May 3, 2022

Doctor Strange in the Multiverse of Madness is the weirdest, grossest Marvel movie yet. It’s wildly disjointed, partially on purpose, so it doesn’t always work but the horror, and especially Wanda, work incredibly well. Plus wow. What huge surprises. pic.twitter.com/HwZUZ4Nygw
— Germain Lussier (@GermainLussier) May 3, 2022

There you have it. They aren't full reviews - the embargo will be lifting anytime soon - but they are pretty conclusive that what were are getting is a Doctor Strange movie that's packed with Raimi flourishes.

Marvel always likes to try new genres with its superhero movies and this one sounds as if that it is the MCU's first foray into horror.

Doctor Strange In The Multiverse Of Madness is out 6 May.