Brought to you by those hardworking scientists again 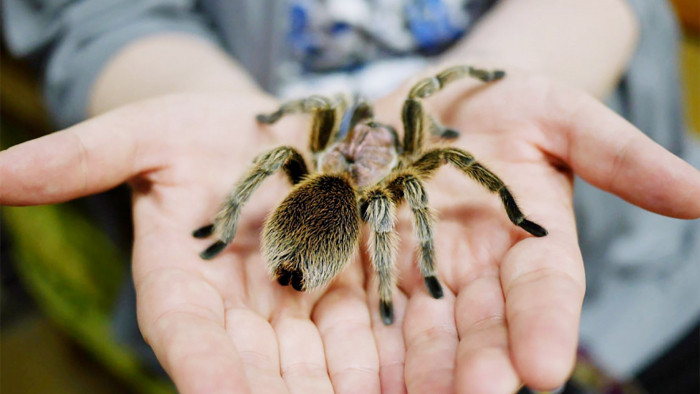 Scientists have discovered that a deadly spider venom could be the answer to treating erectile dysfunction. Yes, you read that right.

Often called the world’s deadliest spider, the Brazilian Wandering Spider, (also known as a Banana Spider or Armed Spider) – which doesn’t look that friendly – leaves its male victims with a four hour erection after biting them. Then they die. Nature is strange.

Luckily for us, scientists have realised that the venom could be used to help millions of men who suffer from erectile dysfunction. A refined artificial form of the toxin has been made into a topical gel which could be a more effective treatment than viagra, and that could be used by everyone – currently men with high blood pressure or diabetes are unable to take viagra.

If you live on a busy road you might not be able to get an erection, according to scientists

Trials have only been done with the gel on rodents so far, but results are good so far, with no test subjects dying at the end of their erection. (What a job that must be, you can’t help feeling a tiny bit sorry for the junior scientist who has to monitor rat erections whilst everyone else is on lunch).

The research was conducted by a team at the Federal University of Minas Gerais, who wrote in the Journal of Sexual Medicine that “Without any stimulation, a swelling of the penis lasting about 60 minutes was seen 20 minutes later. This result suggests that it is able to induce erection, independently of sexual stimulation.”

It all sounds good so far, with the gel also seen to produce effects ‘over and above’ that of viagra. The only thing is, if an animal the size of a mouse or rat had an erection for an hour, and humans are 3,000 times larger than mice, does that mean blokes will be rock solid for 125 days after using the gel? That’s something that could cause an issue. Maybe just use the tiniest amount, OK guys?