Yeah, we definitely didn't need these. We’ve been thinking a lot about movie sequels. No, not those ones that everybody knows about - we’re not going to get into a fight about which is better Terminator 2 or Aliens (it’s Terminator 2), but want to highlight the lesser known sequels, movies that should never have gotten a sequel or just didn’t need one in the first place.

Everyone loves a sequel but not every movie needs a sequel. Some are best left as islands on their own, filmic one-offs that can be enjoyed as a solitary thing.

Hollywood is always looking for a way to franchise everything, though, and because of this there are a whole heap of unnecessary sequels in the world.

Be warned, this isn’t a list of the best - the following aren’t little-known gems but usually desperate cash-ins with little-to-no connective thread to the original (usually classic) movies. And in some cases, they were completely different movies that were chosen as sequels to make a few bucks.

Here are 10 movies you probably didn’t know had sequels, AKA movies you should probably never watch, unless you are really very curious… 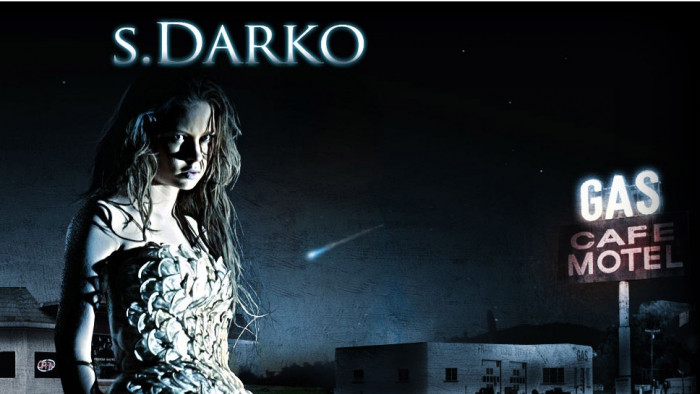 Unsurprisingly, Richard Kelly, the director of Donnie Darko has no involvement in the sequel to his cult movie and it shows. S. Darko focuses on Donnie’s sister Samantha who gets caught up in some new timey wimey nonsense that may have something to do with the rabbit that turns up in the original. It tries to be stylish but ends up being a dumb retread of the first film with bad special effects and terrible acting. Oh, and none of the amazing ‘80s pop tunes make an appearance, either.

Out of context quote: “Canejo Springs used to be a decent place... then came the drugs and... anus sex.” 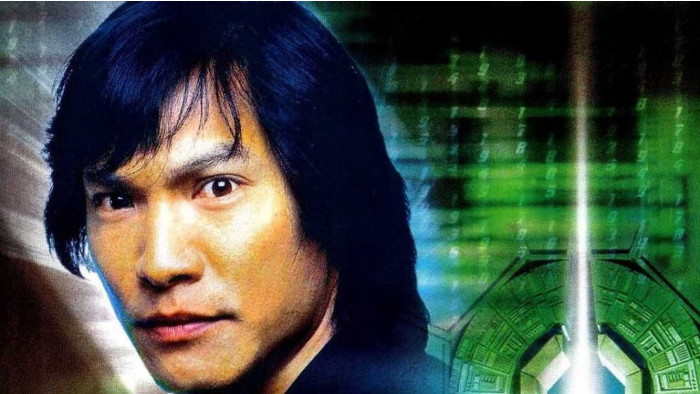 Timecop, about a cop who travels through time to fight crime obviously, has gained something of a cult following since its release in 1994. It was a massive success for original star and current beer hawker Jean-Claude Van Damme, breaking the $100 million barrier at the box office. The sequel, however, failed to capitalise on any of this, released some 10 years later straight to DVD and Jason Scott Lee now in the lead role. The film, though, is better than it should be and involves a plot where a Timecop wants to get rid of some historical bad guys, such as, you know, Hitler.

Out of context quote: “I don’t date Timecops.” 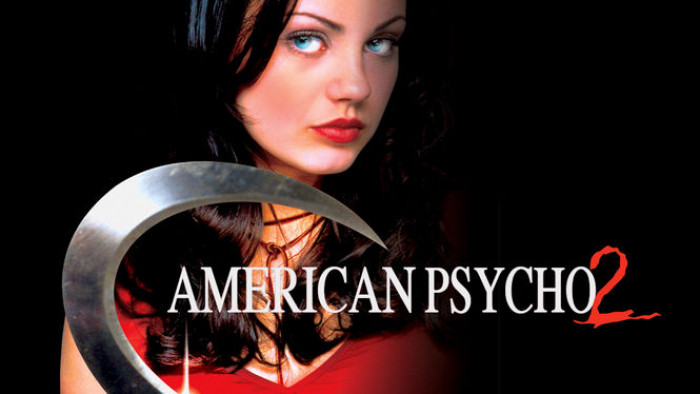 Okay, where do we start with this one? Regarded as one of the worst sequels of all time, American Psycho 2 plays on the premise that Rachael Newman got the taste for killing after she saw her babysitter on a date with Patrick Bateman, the original American Psycho, when she was 12. And then the movie gets worse from there. The cast is better than it should be, with Mila Kunis and William Shatner starring but nothing can elevate the movie from being a cheap, really bad cash-in. Unsurprisingly, it was originally meant to be another movie called The Girl Who Wouldn’t Die, only to have American Psycho references tacked on to it. The result is a Frankenstein monster of a movie that should never have been made.

Out of context quote: “I think I've identified this person as a textbook sociopath.” The first War Games is a boys’ own adventure where Matthew Broderick and co play a very outdated video game and, unwittingly, nearly spark a new Cold War. While a sequel focusing on Donald Trump doing exactly that with TikTok might actually be a great shout for a movie right now, the official sequel is pretty insipid.

The Dead Code focuses on an American teen hacker who spends his days playing a terrorist-attack simulator game online (like you do), only he doesn’t know that’s he’s actually doing real terrorist-y things and may destroy the US. With no star power and a script written by someone who may or may not know what a computer actually is, you’ll be hoping for a powecut by the end.

Out of context quote: “Sorry. The Internet is water-proof, right?” This companion piece to The Wicker Man is an oddity. It’s actually directed by the helmer of The Wicker Man, Robin Hardy, but doesn’t have anywhere near the power of the original. He wanted to make it as a palette cleanser after the terrible Wicker Man remake but ended up creating something that also sullies his classic movie. The Wicker Tree treads similar territory story wise - it’s about two young Texan evangelists who head to the Scottish border village to preach the gospel and, well, you can probably guess what happens next. At least it doesn’t have Nic Cage dressed as a bloody bear. 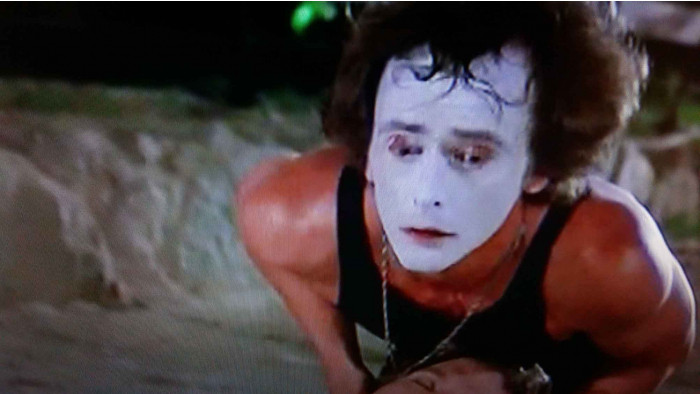 6. Look What Happened To Rosemary’s Baby

Rosemary’s Baby is the pinnacle of late 60s horror. It paved the way for a number of now-classic horror movies including The Exorcist and its influence can still be seen in today’s modern flight flicks, with Get Out and Hereditary taking a nice dollop of inspiration from it. But that doesn’t stop the classic movie from having a ridiculous sequel of sorts.

Look What Happened To Rosemary’s Baby is a movie not many people saw. Straight to TV it tells the tale of Adrian, Rosemary’s baby, who grew up in a brothel and is coming to terms with being Satan’s spawn. The movie’s whole premise is based on a question that nobody really wanted answering: what happened to Rosemary’s Baby? Who cares.

Out of context quote: “Will you lay off all this killing talk. We only got a couple more days out here, and you said we were going to meet Charlton Heston!” Look, we know the original Christmas Vacation isn’t a great film but that’s not going to stop us watching it every year to get into the Christmas spirit. It’s worth it every year just to see Chevy Chase eat the driest turkey known to man. This sequel is an absolute train wreck, revolving around Cousin Eddie (Randy Quaid, back just for the pay check) unexpectedly getting an all-expenses-paid holiday to a tropical island. Hilarity does not ensue. Instead we’re left with a movie packed with excruciating comedic misfires, that is as awful as its name suggests.

Out of context quote: “All those people down there look like ants.”

“Dad, they are ants. We haven’t taken off yet.” 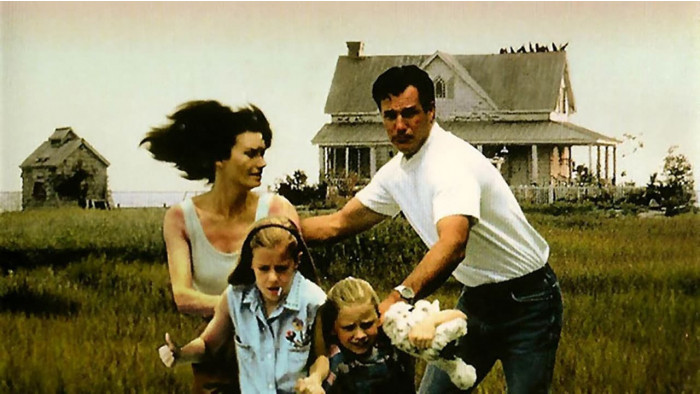 Even Alfred Hitchcock’s oeuvre isn’t immune from terrible sequels. Psycho has many of differing quality but it’s the follow-up to The Birds that we just can't get our head around. Essentially, the killer birds are back some 30 years after the first movie. The movie plays out like a parody of the original but it’s not meant to be. Amazingly, they managed to get a cameo from Tippi Hedren, playing a completely different role but that’s as far as it goes, in terms of quality. The director took his name off the film, and the special effects have seemingly worsened during that 30-year period. This movie dies a death and fowl play is to blame.

Out of context quote: “Nothing’s going to bother you at Lands End. Quietest spot on the whole island.” 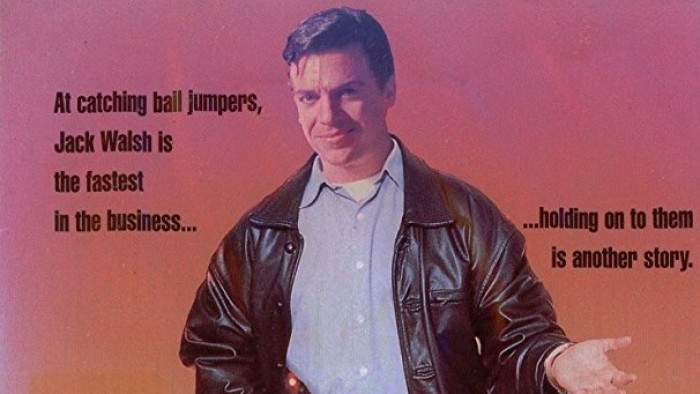 Another Midnight Run? That’s a great idea, said an exec chomping on a cigar looking at a printout of the critical and box-office response to the original, and fantastic, Robert De Niro crime caper… probably. Dear reader: it was not a good idea, but a made-for-TV flop that actually spawned two more sequels, the Alan Partridge-pitched Midnight Runaround and Midnight Run for Your Life.

Jeffrey Tambor stars as the convict getting brought in, but it’s Christopher McDonald (Shooter McGavin!) who can’t quite match the brilliance of De Niro in the cop role. Given this is a sequel to a movie famed for its swearing, action scenes and comedy, taking all of that out and replacing it with wooden performances and a terrible script wasn’t the best idea.

Out of context quote: “You. What's with the weird cuffs?” Alongside Son of Mask and Dumb And Dumberer, this is another ill-thought-out sequel for a Jim Carrey movie, because the best thing about a Jim Carrey movie is, well, Jim Carrey. Here we see that Ace Ventura has had a child (and is apparently dead?!), one that follows in his dad’s footsteps and becomes a detective to prove that his mum didn’t steal a baby panda. Josh Flitter stars as the titular character, someone who must have a thing for animals as his other credits include Pup Star: Better 2Gether and Santa Paws. He does a poor imitation of Ace Ventura, just repeating the same catchphrases from the original film, while the movie does a poor imitation of an actual movie.

Out of context quote: “All righty, then.”