The greatest droids from a galaxy far, far away.... 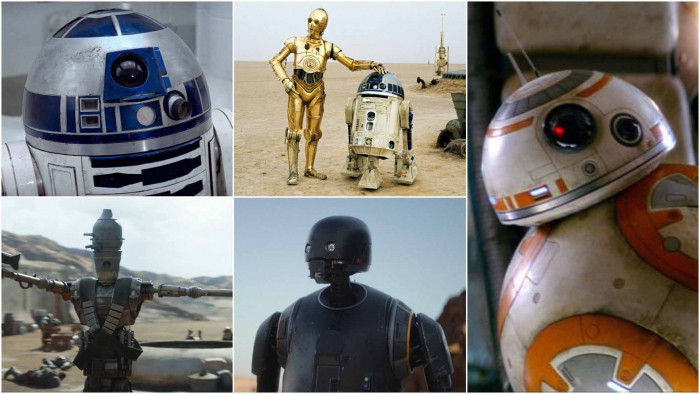 Sure, we love Star Wars for its epic sweeping saga, incredible effects and action-tastic space battles.

Not only are they adorable, but let’s be honest, they’re the real MVPs of the Star Wars universe: nothing would ever get done without these guys here to aid our heroes and save the galaxy. Whatever the scenario, these lot are arguably the well-oiled machine(s) which will inevitably hold the entire mission together.

Whether they’re cute, funny, or simply crying out for us to immortalise them in Funko Pop toy form (and don’t worry, we have) - we’ll never get enough of the Republic’s robotic residents.

From medical droids, to battle droids, to childcare droids and more - there are as many colourful robots in the Galaxy Far, Far Away as there are people and alien species. But with so many to choose from, who is the best? Join us as we honour the most iconic companions in the galaxy….

We are celebrating all things Star Wars, so head to our Star Wars hub for more guides and goodies. 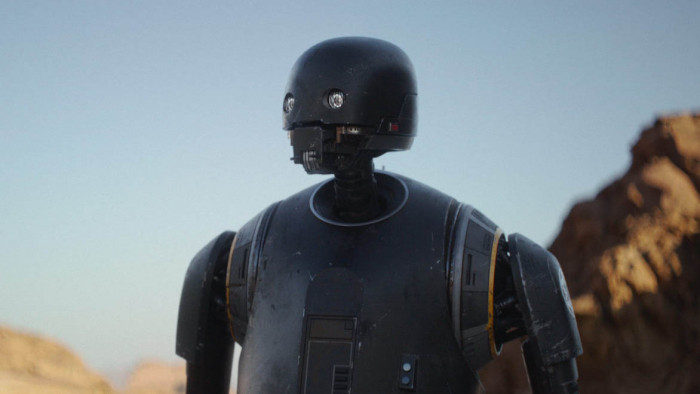 Originally a security droid for Galactic Empire's armed forces, but since reprogrammed by Captain Cassian Andor to serve the Rebellion, K-2 is a highlight of Rogue One: A Star Wars Story, itself a highlight in the Star Wars oeuvre. Sarcastic, sassy and stoic, as well as, thanks to his reprogramming, happy to ignore orders when they don’t statistically make sense, he’s both the droid we want to be, and the droid we want to be by our side in a crisis, thanks to his incredibly sad sacrifice to allow Cassian and Jyn Erso to complete their mission in Rogue One’s epic Battle of Scarif finale. A proper metal hero. 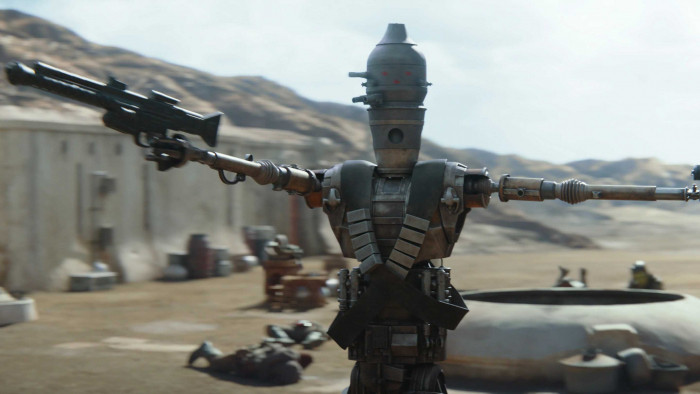 Now, we wouldn’t usually be on board with a droid whose directive is to KILL BABY YODA. But, not many droids can also say they’ve had their programming turned around to now nurse and protect The Child at all costs - a mission as noble as they come. And perhaps even more importantly, not many droids are also performed by the ever-brilliant Taika Waititi. Conveying a childlike innocence, provoking deep conversations about nature versus nurture, and delivering some hilarious moments in the process, it’s no wonder IG-11 has become a fan favourite, with Waititi also earning his first ever Emmy nomination for his role in The Mandalorian, for Outstanding Character Voice-Over Performance. 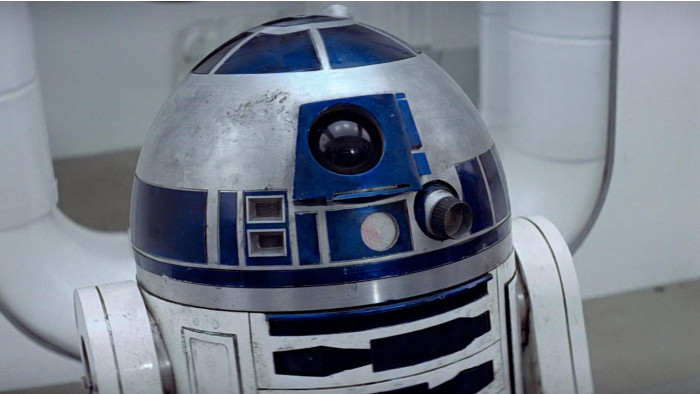 R2 is a classy droid. He may technically be a backup computer, and only speak in beeps and boops, but it’s all he needs to get the job done - and to also provide impeccable comic relief. In fact, R2 is not only a handy droid to have around thanks to his ability to fix pretty much anything, but he’s integral to the franchise - back in Episode IV: A New Hope, it’s R2-D2 who Leia stores the plans for the Death Star with, and whose holographic projector she uses to send her crucial distress message which kicks off the entire series. Even further, along with pal C3-PO, the twosome are the only characters to appear in every single Star Wars movie (bar 2018’s Solo: A Star Wars Story) - making them the movies’ inimitable metal heart. 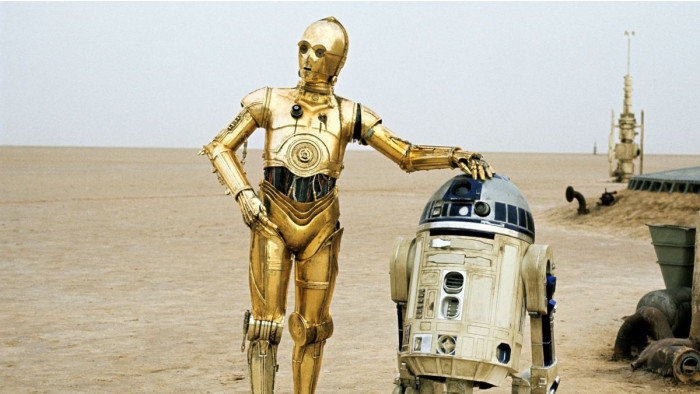 Has there ever been a more reluctant hero in cinema than C-3PO? The fussy droid may always take on the mission at hand pretty begrudgingly, but he’s also more integral to the Star Wars universe than you might realise, having had a direct hand in taking down the Empire and even getting both the first line of the original trilogy, and the last line of the prequel movies. Regardless of his enthusiasm to head into action, he’s one of the most colourful characters in the galaxy, thanks in no small part to Anthony Daniels’ iconic portrayal of him, and his dynamic with R2-D2 as both best buddy and essential droid translator. 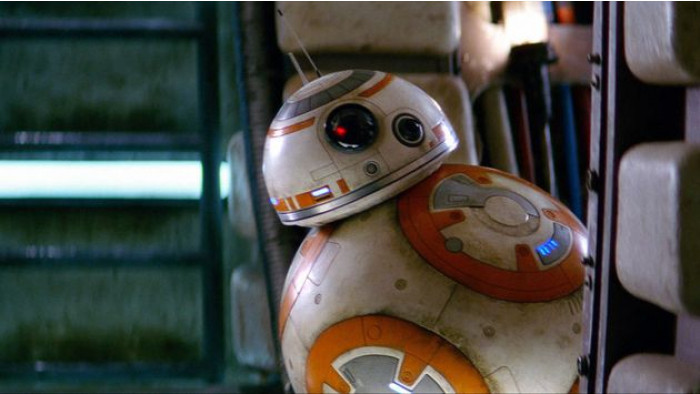 BB-8 had us from the moment he rolled out into the desert in The Force Awakens and flung out his little lighter attachment to give us the thumbs up. I mean, really, how can anyone else compete with this astrotech android? He’s as cute as they come - and what makes him BB-great is that he knows it, too, using it deftly to his advantage, manipulating unsuspecting aliens with his adorability to get what he wants throughout his adventures. As droid companions go, this one’s wheely good. 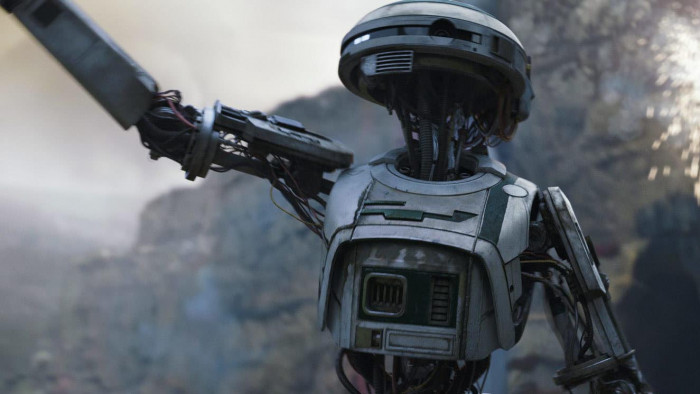 L3 might just be the coolest droid in the Star Wars universe. Played by Phoebe Waller-Bridge in Solo: A Star Wars Story, not only is she a badass co-pilot to Lando Clarissian, but she’s also self-aware, passionate about droid rights, and can even assemble and update herself with spare parts along the way. And if it’s wrong to ship a droid and a human, we don’t want to be right: Elthree and Lando just make a good couple, OK? No, we don’t know how it would work.