In Bruges will get you in f-in festive spirit, okay? 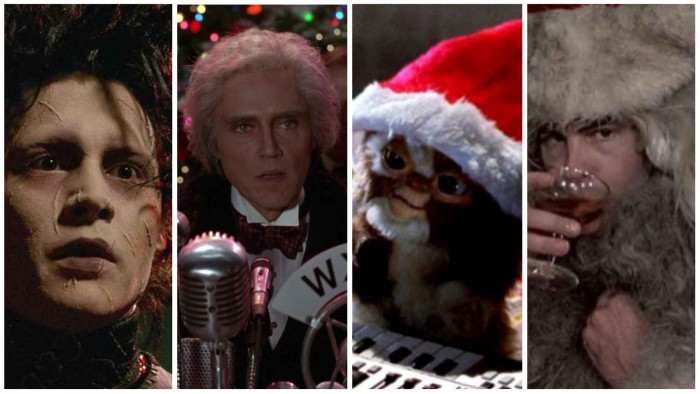 If you are reading this, then it's probably Christmas soon. If it isn't then what the hell, mate? You got some sort of Christmas fetish or something? Head over to one of our Shortlists that are a little more seasonal.

Still here? Then Christmas is soon! And that means that you have many a Christmas movie to watch. The problem is, you've seen them all. That's where the best alternative Christmas movie comes in. Yep, you've probably watched all of these, too, but maybe not over the Christmas period.

While it’s case closed when it comes to the question: 'is Die Hard a Christmas movie?', there are plenty more films out there that have the feeling of the festive season but aren’t strictly about Christmas.

Whether it’s a snow-tinged setting, a lump-in-your-throat feeling when you watch it or it’s a movie that’s watched over the Xmas period without fail, we’ve compiled the best Christmas movies that aren’t Christmas movies.
The hope is: if you don’t want to watch something with Ol’ Saint Nic in, these are a damn good Crimbo compromise. 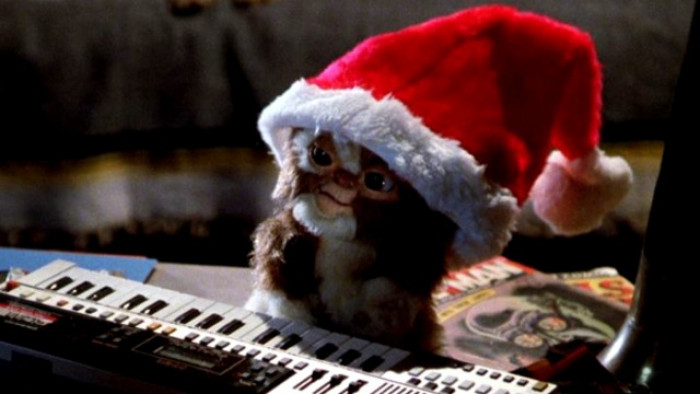 Ah, Gremlins. The anti-Christmas movie that has one of the creepiest stories ever told about Santa getting stuck down a chimney. Couple this with Gizmo playing keyboard with a Santa hat on, numerous gremlins carol singing and Mogwai being the ultimate ‘a pet isn’t just for Christmas’ present and Gremlins is as festive as your Uncle Charles’ ruddied face trying to sing to Fairytale of New York while his mouth is full of volovants. 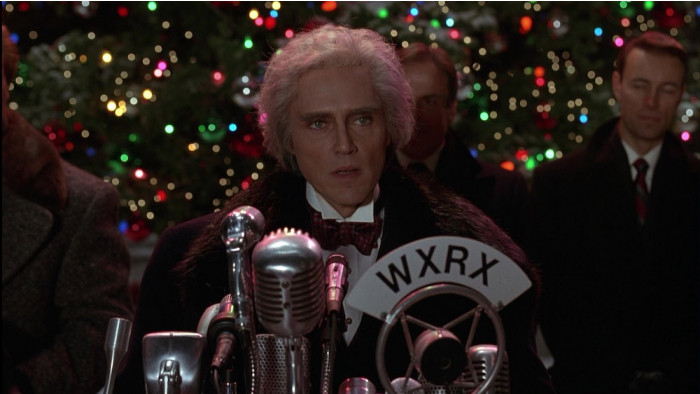 Set amongst the festive season, Batman Returns oozes frosty appeal. It’s a snow-flecked movie packed with red, white and black (the only colour Tim Burton seemed to use in the ‘90s) and its most memorable scene is the tree-lighting ceremony where a white-haired Max Shreck is flanked by evil circus people jumping out of oversized presents. 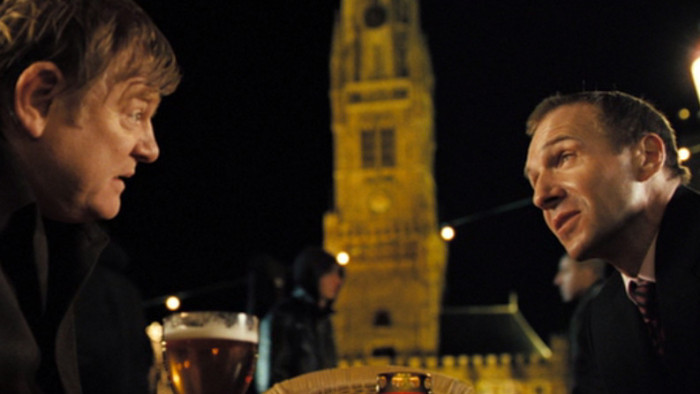 Nothing says Christmas more than a heady dose of existential dread, and that’s exactly what you get with In Bruges. Set over the Christmas period and focusing on a pair of hitmen shipped to Bruges, for the most part the movie is about two killers trying to figure out whether they should be pardoned (or, in other words, on the naught or nice list) for the amount of sin they’ve committed in their lives, all to the backdrop of the fairytale architecture of the Belgium town. 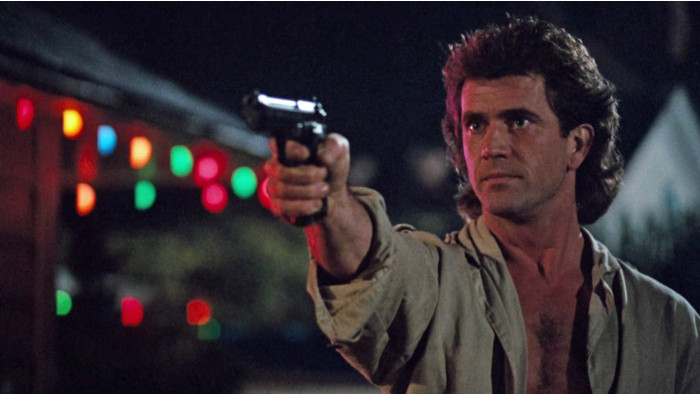 We all know Mel Gibson is a big fan of the, er, big guy in the sky, so it’s apt that Lethal Weapon is set at a time when Christmas is in town, even if that town is LA. Again, this is a movie with an iconic scene set to Jingle Bell Rock and Riggs even spends Christmas with Roger “I’m getting too old for this shit” Murtaugh’s family. There’s even a ruck in a Christmas tree lot, midway through the movie. 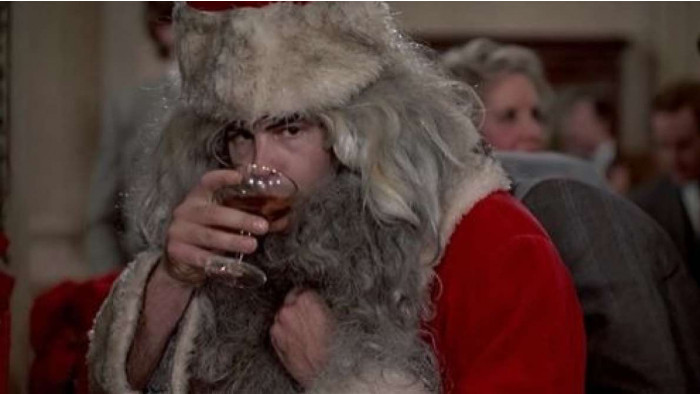 Trading Places is set mere days before the big day and features one of Dan Aykroyd’s best scenes ever, where he is drunk and dressed as a bedraggled Santa Claus, crashing his old job's Christmas party and stuffing buffet meat into the big pockets of his outfit. Which is pretty much how we act when the Boxing Day buffet is unleashed. 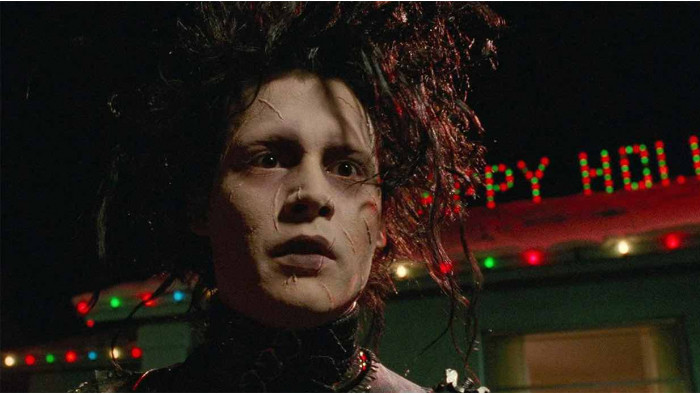 Another Burton classic. Christmas doesn’t come into play in Edward Scissorhands until the end of the movie but it feels like a festive film throughout, especially when Edward (Johnny Depp) cuts up the ice statue for Kim (Winona Ryder) and the scene when he’s trying to wrap some presents and he has a bit of tape on his 'scissor' hands that he just can’t get rid of. We may have made that last bit up. 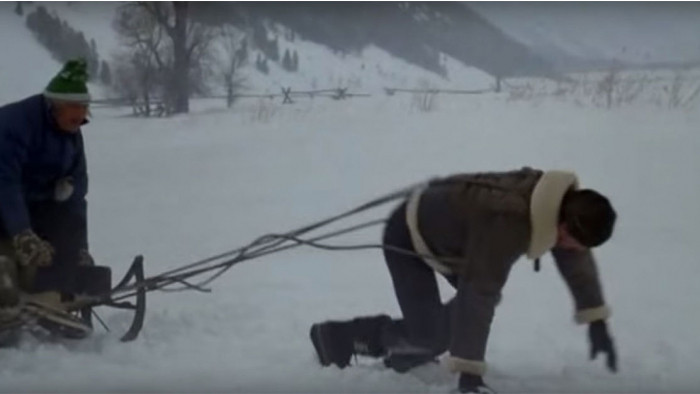 Rocky IV takes place in the middle of a Siberian winter and that’s all we need for it to feel like a Christmas movie. But there’s more: the main fight takes place between Rocky and Ivan Drago on Christmas Day, which scuppers both of their plans to overeat and sup their weight in port but it makes for fascinating viewing. Oh, and Paulie is given a terrible present of Sico, a rusty robot butler which sums up Christmas to us. 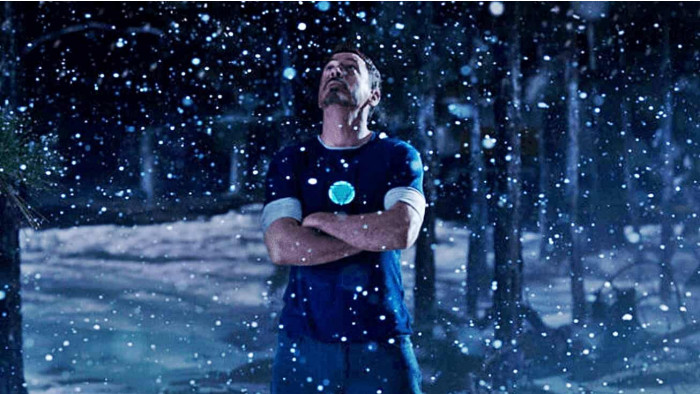 Even Marvel has admitted that Iron Man 3 is pretty much a Christmas film. It has all the trappings: it’s set over the holiday season and Tony Stark is visited by a number of ‘ghosts’ from his past and he comes out the other side redeemed and a new, better person. Oh, and a lot of it is just him and a slightly annoying kid which adds a good deal of schmaltz to proceedings. 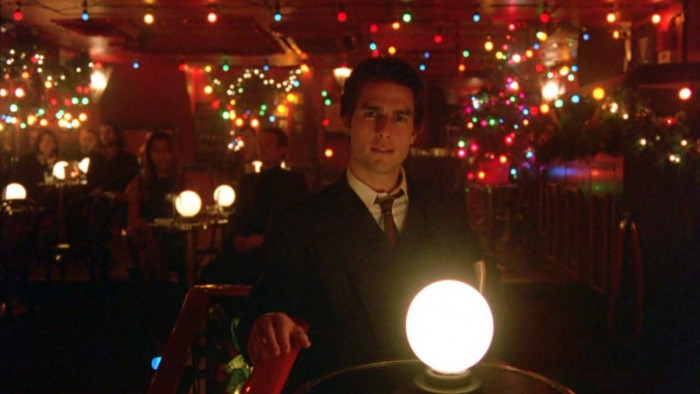 Of course Eyes Wide Shut is an adjacent Christmas movie. It’s set over the festive period and begins with the pair coming home after a Christmas party, where they make love while fantasising about other people. Personally we prefer a kebab and snuggling up to a sick bowl on the sofa post Xmas party drinks but we don’t think Kubrick would have made a movie about that. 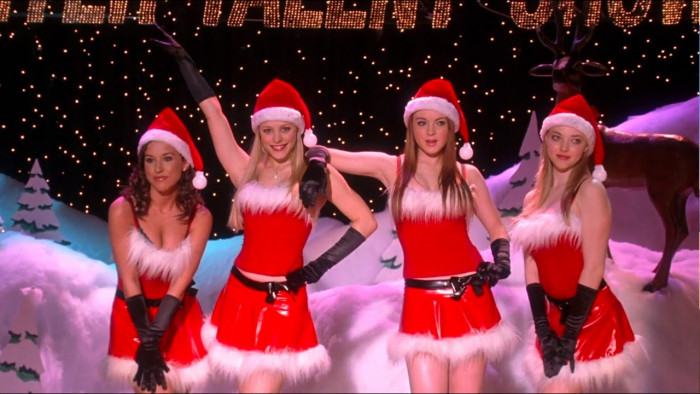 “Ugh, lip gloss!” You will never be able to hear Jingle Bell Rock the same way again once you watch Santa’s Helpers (AKA The Plastics) doing a dance to it in Mean Girls. It’s a perfect, if completely misjudged, routine for a school talent show. Mean Girls is a fantastic film to watch any time of the year but it has enough Christmas in it to watch repeatedly in December.