Tested: why the Asus Vivobook S15 is our best-value laptop for students

For when you want to splash that cash, but only a little 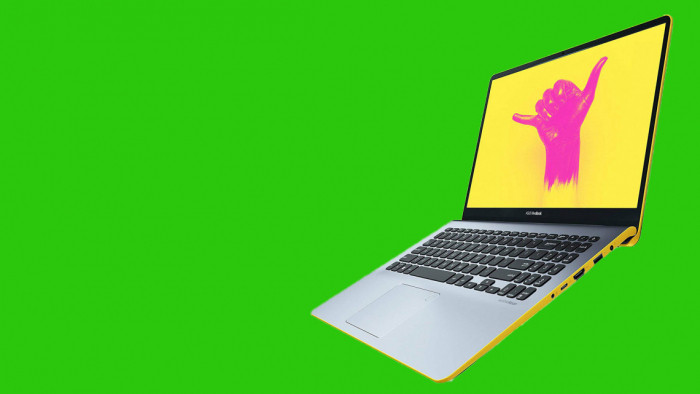 As a student, your cash flow is almost non-existent so you need to make sure any purchase, especially something as expensive as a laptop, is worth the spend - this is where our best laptops for students guide comes in.

We have been busy testing the best laptops for students, painstakingly putting them through their paces to make sure you make the right buying decision.

UPDATE: Asus have since brought out an updated version of the VivoBook S15 - the S15 S532. So, we thought we’d get our hands on it and see if Asus had solved the little niggles that were bugging us about the S15 S530. There are a few major differences. The updated version now has a touchscreen trackpad, which enables you to move apps between the main screen and the pad. Asus have also increased the screen-to-body ratio giving you a huge 88%, up from 86%, despite the laptop already having a pretty impressive screen display.
However, one of the biggest improvements is the processor, which has been updated to the Intel Core i7-8565U. The VivoBook S15 is still not designed to be the most powerful gaming laptop but the new processor definitely gives it a boost. There is also now two configurations to choose from, so if you’re simply just using your laptop to write essays, you can get the updated version with all the added features but with an Intel Core i5-8265U processor instead.
What is a bit of a shame is that there are only three colour options for the new version - Transparent Silver, Punk Pink and Moss Green - in comparison to the previous five. However, most of our other favourite elements were kept, including the numerous USB ports and the microSD card slot, the Ergolift design (which tilts the keyboard towards the user 3 degrees) and the 178-degree wide viewing angle. However, the VivoBook S15 S532 is a decent chunk more expensive than the older version at £999, so unless you absolutely love the idea of the touchscreen trackpad, we would suggest sticking with the trusty S15 S350.

Our reviewer Basil Kronfli took 10 laptops, testing them over 30 hours while assessing aspects such as design, screen size, and storage space to find out where you should be putting your money.

So, to the reveal: our best value laptop for students is … (drum roll, please) the Asus VivoBook S15.

The main selling point of this laptop is its sheer size. It has a 15.6-inch widescreen ideal for streaming TV after a hard day of lectures and procrastination.

The laptop’s size means firstly, this laptop makes a great TV replacement, but also secondly, there is even room for a number pad on the keyboard - ideal for anyone studying maths, science or a statistical-heavy degree.

Our reviewer Basil does warn that due to this addition the keyboard does initially feel a tad squished. However, he adds that after 20 minutes using it you quickly adapt to spacing and the keyboard itself is comfortable to use. The VivoBook S15 has a ErgoLift hinge that automatically tilts the keyboard up to 3.5 degree for a more ideal typing position.

The Asus VivoBook S15 may not have a premium metal finish, but the option for colourful accents make it feel fun and modern. There are four colours to choose from: yellow, red, turquoise and a very macho-sounding gun metal.

It also a serious amount of ports.

There are three USB ports, a USB-C port, a full-sized HDMI port and a microSD card slot. The SD card slot is an added bonus that could be used to boost the laptop’s storage space. Basil adds another suggestion that you might want to use one of the other ports to plug in a speaker as the maximum volume on the VivoBook is a little weak for some.

At £549, it was the second cheapest laptop in our line-up so there are also some other additional niggles to be aware of: the screen is not as bright as it could be, and it does not have enough power for advanced gaming or video editing.

However, if those things don’t bother you and you’re in the market for a decent-size laptop with fun design and a ton of ports - this one is for you.

Still undecided? Then we also have a best budget laptop round-up for you.

Asus VivoBook S15
£529.00
The Asus VivoBook S15 isn’t the shiniest, prettiest or best-specced laptop on test, but it covers all the bases for most students
View now at Amazon