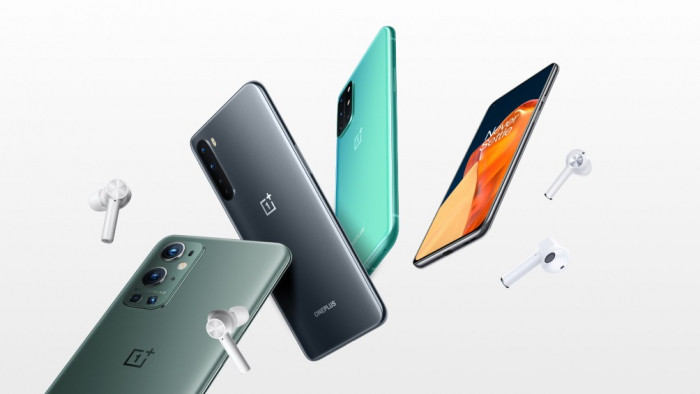 Stop right there! We understand you might be lucky enough to have a wad of money to spend on your next smartphone but, seriously, why bother paying through the nose for a ‘premium’ handset when the mid-range is absolutely smashing it right now?

Take OnePlus. It’s just launched not one but two new handsets with a number of ‘killer’ features that will make you think twice about spending a fortune on a new phone.

The OnePlus Nord 2 and OnePlus Nord CE are two outstanding phones that deliver high-end features to the masses. They also kill off a host of things that can make phones REALLY annoying to use.

Want to know more? Of course you do - here are 5 bad phone features the OnePlus Nord 2 and Nord CE are killing off...

1. OnePlus is killing off slow charging

There’s nothing worse than waiting ages for your phone to charge. It’s the new waiting for a kettle to boil and, frankly, it sucks. Thankfully, both the OnePlus Nord 2 and Nord CE feature super-fast fast charging, so you never need to put up with a painful wait ever again. Plus, if you’re about to set out on a night out and notice your phone is low, just 15 minutes charging of the OnePlus Nord 2 with Warp Charge 65, will get you roughly 60% of battery - while Nord CE’s Warp Charge 30T will get you from 1-70% in just half an hour. Not bad? It’s bloody brilliant.

Seriously, when it comes to buying a mid-range phone, you shouldn’t have to take mid-range photos. Thankfully both the OnePlus Nord 2 and Nord CE have been blessed with a cracking set of lenses. The OnePlus Nord 2 has a stunning AI triple camera system (consisting of a cracking 50MP sensor stolen from OnePlus’s flagship line, an 8MP ultra-wide shooter and a 2MP monochrome camera) for you to take advantage of, while the Nord CE has a 5MP selfie cam, a 64MP main shooter, 8MP ultra-wide camera, and it also rounds all this off with a brilliant dedicated mono lens for those moody black-and-white shots.

3. One Plus is out to kill slowdown

Speed is of the essence with the OnePlus Nord 2 and Nord CE, and their specs prove this. Both phones make use of the blistering speeds of 5G and OxygenOS software and are backed by big processors. The Nord CE features a superb Snapdragon 750G chip, which is brilliant for 5G and HDR gaming - it uses its onboard AI to power advanced processing, which means incredible graphics and 5G gaming. The Nord 2 has a Mediatek Dimensity 1200-AI chip inside, MediaTek’s fastest and most powerful chip ever! The chip helps improve your photos with some AI flourishes, let’s you game faster and stream movies better. Both are ready and waiting for the fastest of swipers and texters.

The OnePlus Nord 2 and Nord CE both feature a 90Hz Fluid AMOLED display which, in the mid-range, is very impressive. The Nord 2’s measures 6.4 inches, the Nord CE 6.43 inches – but enough of the science. What this means to the end user is buttery smooth scrolling through the social media apps of your choice, a judder-free gaming experience and flipping between apps is also far speedier than before. Basically, your phone will now be able to keep up with your over-active online life.

5. The OnePlus Nord 2 and Nord CE are the ultimate boredom killers

With many phones looking exactly the same right now, you'll be pleased to read that the OnePlus Nord 2 and Nord CE have embraced some striking colours to make sure they stand out from the boring crowd. The OnePlus Nord 2 is available in two stunning variants: Gray Sierra - inspired by the shiny chassis of luxury sports cars - and Blue Haze with its porcelain-like finish. The OnePlus CE is available in Blue Void (which looks so blue from every angle you’ll think you’re staring into the deepest ocean), Charcoal Ink and Silver Ray. Fancy!

Meanwhile if you prefer OnePlus Nord 2 5G you can also get a discount on Buds Z, OnePlus Buds or a case and screen protector bundle throughout September.