15 things you (probably) didn't know about 'The Dark Knight' 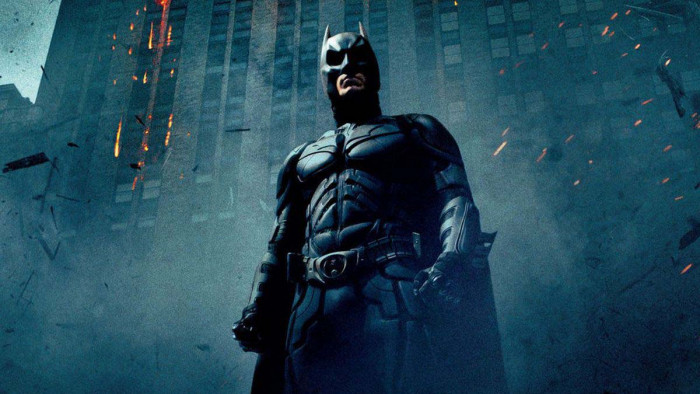 After Christopher Nolan saved Bruce Wayne from the eye-torching embarrassment of Batman & Robin with the excellent Batman Begins, we were expecting more of the same with his follow-up. But no one quite expected The Dark Knight to ignite the way that it did.

Arguably (go on, argue about it) the greatest superhero film of all time, it brought devastating darkness to the masses, becoming quite easily the most depressing film to ever make over $1 billion at the worldwide box office. After we shared some nuggets of information about Nolan’s first batcapade, here are 15 things you probably didn’t know about The Dark Knight.

1. Despite having “a great experience” on Batman Begins, Katie Holmes decided against taking on the role of Rachel Dawes again because she wanted to star alongside Diane Keaton and Queen Latifah in crime comedy Mad Money. The film scored a 22% rating on Rotten Tomatoes and made $26 million.

2. In the scene when The Joker gatecrashes Bruce’s party, Michael Caine was originally supposed to have a line when the elevator arrives but he was so spooked by Heath Ledger’s appearance that he didn’t speak. Caine referred to him as “terrifying”.

3. The mayor of Batman, Turkey (yes, that’s an actual place) tried to sue Warner Bros and Christopher Nolan for using the name Batman in the film. “There is only one Batman in the world,” Huseyin Kalkan said. “The American producers used the name of our city without informing us.” He also claimed that a rise in violence in the town was due to the psychological impact the film had on the residents.4. Screenwriter David S. Goyer had originally envisioned The Joker to scar Harvey Dent during his trial in the third film. He’d based this idea on the comic book series Batman: The Long Halloween.

5. Heath Ledger actually designed the look of The Joker himself, using make up he’d bought from a local shop. Christopher Nolan was so impressed that he tasked the movie’s makeup team to recreate it themselves.

6. Before Aaron Eckhart was cast as Harvey Dent, other actors who were almost cast included Ryan Phillippe, Mark Ruffalo, Matt Damon and Hugh Jackman.7. Christopher Nolan doesn’t believe in deleted scenes. His tight and efficient way of writing and working meant that the script of The Dark Knight is all up on there on the screen. Except for one small scene. After The Joker gatecrashes Bruce’s party, he gets into a getaway car, which can be seen in this rare still.

9. One of The Joker’s creepiest tics in the film was his frequent lip-licking and cheek sucking. This wasn’t intentional but rather Heath Ledger’s genuine reaction to the uncomfortable prosthetics. But he was told to keep it for the character.

10. During the ambitious Joker/SWAT chase scene, an IMAX camera was destroyed. No biggie, you might think. Except that it was one of only four IMAX cameras in the world at that time. Oh, and each one costs $250k.

11.The Dark Knight was officially the film which received the most amount of complaints to the BBFC in the 00s. In total, there were 364 of them, all appalled with the film’s 12A rating in the UK.

12. Within two days of release, it was already ranked as the greatest film of all time by users on IMDb. It is now in third position.

13. Christian Bale admits that he wasn’t allowed to actually ride the Batpod. “It was deemed too dangerous,” he exlained. “They needed me in one piece to finish the damn movie. Well, that’s my excuse.”

14. Sam Mendes admits that The Dark Knight helped influence him to make Skyfall. “It felt like a movie that was about our world post-9/11, and played on our fears, and discussed our fears and why they existed and I thought that was incredibly brave and interesting,” he said in an interview. “That did help give me the confidence to take this movie in directions that, without The Dark Knight, might not have been possible. Because also, people go, ‘Wow, that’s pretty dark,’ but then you can point to The Dark Knight and go ‘Look at that – that’s a darker movie, and it took in a gazillion dollars!’ That’s very helpful.”

15. Other actresses who were considered for the role of Rachel Dawes included Isla Fisher, Sarah Michelle Gellar, Emily Blunt and Rachel McAdams.