Don't worry, this one is safe to read after midnight. 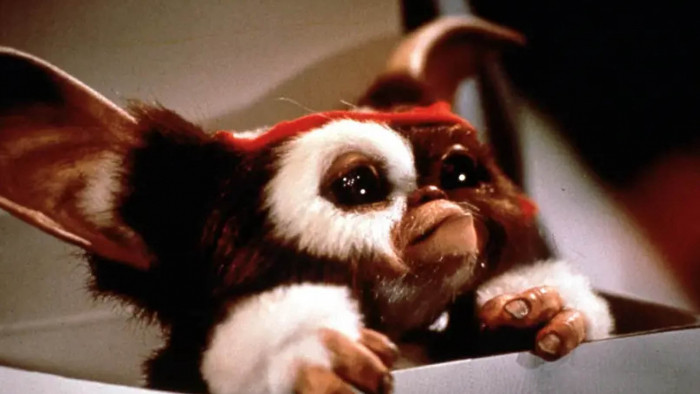 Can you believe it's 37 years since Gremlins was released?! Maybe you can because you weren't even born then. Anyway, no matter how old it is Gremlins remains an absolute blast, and one of the best alternative Christmas films ever made.

How well do you know the 1984 classic? Read on and find out. Don't worry, it's perfectly safe to read it after midnight.

1. There were around 30 different models of Gizmo required for different parts of the film.

2. Early drafts of the script featured the Gremlins eating Billy's dog and decapitating his mum. All the producers decided that was maybe a bit too dark for a big movie.

3. The film was intended to be a Christmas release, hence the entire film being set at Christmas, but when Warner Bros. realised they didn't have a big summer tentpole to put out against Ghostbusters they changed its release date.

4. During shooting Zach Galligan thought he was filming something with a mood similar to Aliens, so he was very surprised when he eventually saw the film and realised it was "this weirdly-coloured almost cartoon". But the reality was much better than what he had in his head.

5. Phoebe Cates took the role of Kate mostly for the monologue about how her dad died at Christmas. She was devastated when that scene was almost cut because producer Steven Spielberg thought it was too much. Joe Dante persuaded him it was "the best thing in the movie".

7. At one point during pre-production, when everyone was struggling with the technology to bring the Gremlins to life, it was suggested that they might try using monkeys in costumes.

8. Warner Bros. had no confidence in the film during production and agreed to make it only to build a relationship with Spielberg. They were, apparently and unsurprisingly, much more accommodating during production of Gremlins 2.

9. In the earliest drafts of the script, Gizmo was going to turn into the Gremlin Stripe. Spielberg insisted it be changed as people would like Gizmo too much and want him to stick around.

10. Emilio Estevez and Judd Nelson were both considered for the role of Billy.

11. The first cut of the film was, according to Joe Dante, a massive 160 minutes.

12. Billy mentions buying a comic book at Doctor Fantasy. Doctor Fantasy is a nickname for Frank Marshall, one of the executive producers in the film. It's a name that also appears in another Marshall production, Indiana Jones and the Last Crusade, on one of the train carriages that young Indy runs through.

13. The town set used in the film is the same one from Back to the Future.

14. Spielberg considered offering the director job to Tim Burton but decided against it because at that point he hadn't directed a feature.

15. Because the Gremlin puppets were so valuable the cast and crew would have their cars checked at the end of every day to make sure they hadn't stolen any.