There’s nothing quite like cramp-inducing laughter to distract your brain and give you a bit of a boost. After all, laughter is proven to decrease the body’s production of stress hormones and increase the production of infection-fighting antibodies - which is definitely something we could all benefit from right about now.

It’s also why we’ve decided to round-up the funniest audiobooks around for your listening pleasure.

It’s an eclectic old mix, hand-picked and approved by our team. These titles are ShortList Certified and categorically laugh-out-loud funny. From reflective memoirs packed with the funniest of anecdotes (enter Billy Connolly), through to classics like Douglas Adams’ The Hitchhiker’s Guide to the Galaxy, this list covers the spectrum.

And with some great offers currently available from Audible, there’s never been a better time to swap a hardback for a Stephen Fry narrated tale. The podcast and audiobook site is currently offering a 30 day free trial to new members, while existing Amazon Prime customers can pick up a 3 month Audible membership for only 99p. Now that’s what we call a bargain.

Without further ado, these are the top ten laugh-out-loud funny audiobooks worth listening to during lockdown. 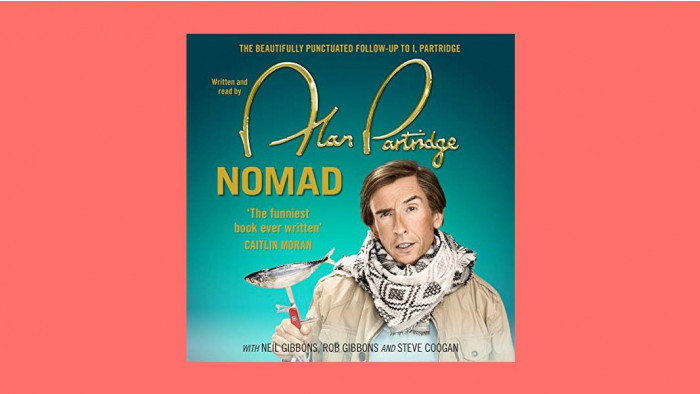 We wouldn’t dare round up the funniest audiobooks without including Partridge. Narrated by the man himself, the audiobook is on another level to the original paperback. It follows Patridge’s treacherous journey through Britain as he details the people, sights and places he encounters along the way. Combined with witty vignettes about his own life, Alan Partridge: Nomad shows off the best (or should that be worst) of the fictitious broadcaster who has now graced our TVs for almost three decades. 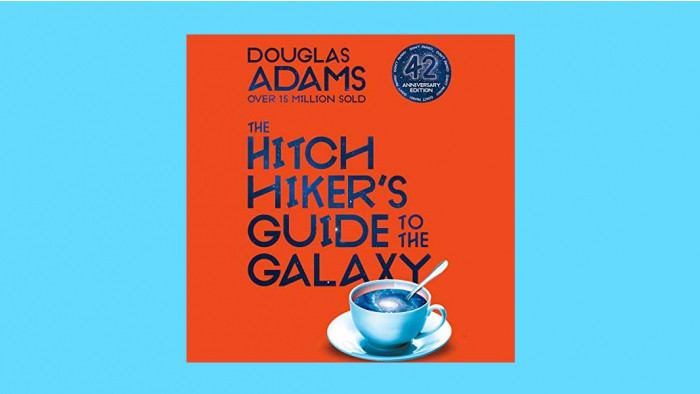 2. The Hitchhiker’s Guide to the Galaxy - by Douglas Adams

A much-loved sci-fi classic, and also one of the funniest books ever made, Hitchhiker's Guide is worth your time in any medium. But we think there's someting extra delightful about it when it's being beautifully narrated by Stephen Fry. Given he did the voiceover for the not-quite-successful (but still kind-of good) movie, he's the perfect choice to read the tale of Arthur Dent and Ford Prefect’s adventures around the universe. 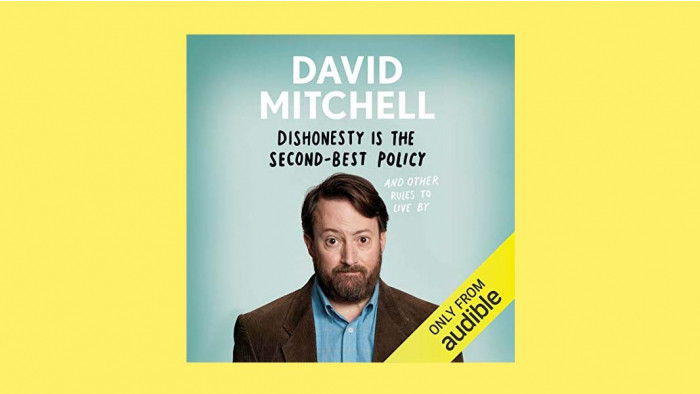 In the current political climate, just 10 seconds of watching the news can make you want to despair. Thanks, then, go to David Mitchell, whose dry take on a broad range of subjects (everything from politics and inheritance tax, to rude street names and scampi) will put a smile on your face, or at the very least, distract you from all that misery. Plus, the bonus tit-bits of knowledge will definitely make you feel smarter (even if you have no one to share them with right now). 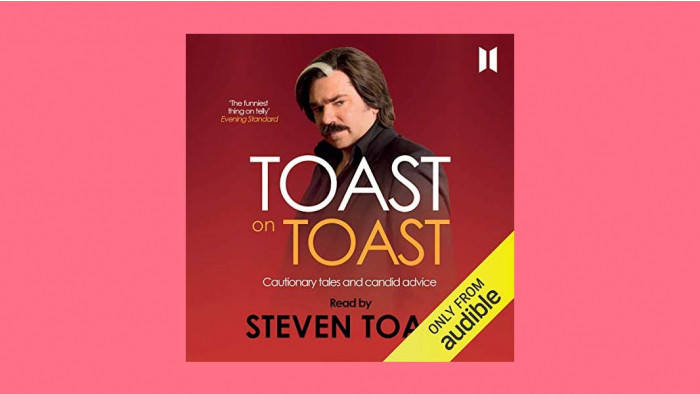 4. Toast on Toast - by Stephen Toast

How we pine for another series of Toast! Arguably, the best character Matt Berry has ever created, Stephen Toast is a failed/failing actor who has to survive on voiceover work and other scraps of acting. This book is read in character, and is both a memoir and a ‘how to act’ bible. Learn about Toast's journey, from RADA to 'It's a Right Royal Knockout', and hear his thoughts on crucial matters like typecasting, and how to deal with difficult work experience staff in the recording studio. Having Berry read the audiobook is a delight and this is well worth the (Ray) purchase. 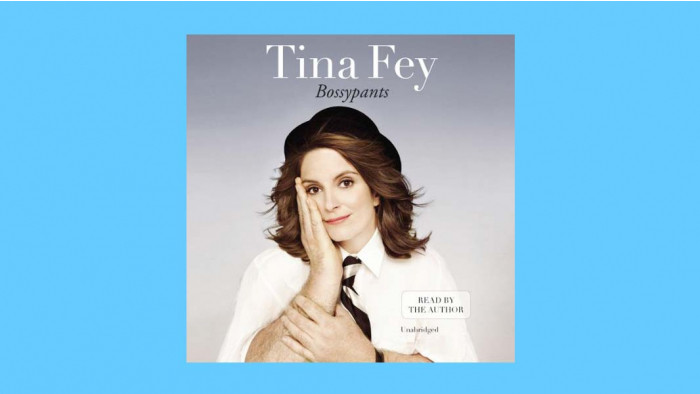 Tina Fey is a heavyweight in the comedy arena, so it's no surprise Bossypants is effortlessly funny. But it’s also brutally honest, sweet and most importantly, relatable. Narrated by Fey, this memoir gives you a sneak peak at the woman who has became an American TV staple. From Saturday Night Live to 30 Rock, she's done it all, and this is a must-listen if you want to know how to transform from awkward teenager to actress-cum-comedian- extraordinaire (results may vary). 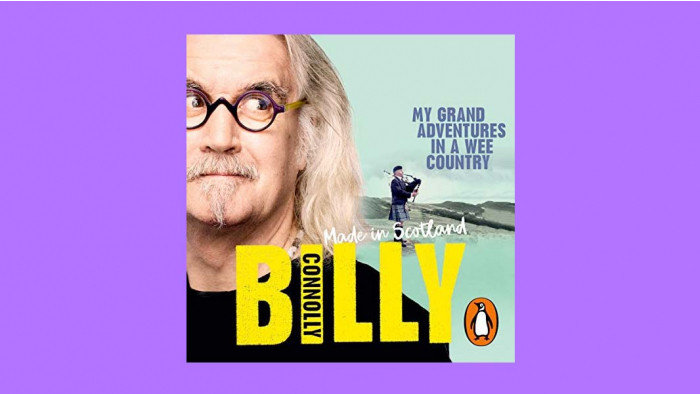 6. Made in Scotland - by Billy Connolly

This audiobook captures the very essence of one of the best loved comedians of all time. From his early years growing up in the Drumchapel district of Glasgow - and a tale that involves being mistakenly adopted by a drunken neighbour - through to the time he took up the banjo and formed a band called the Humblebums, this is an undeniably enthralling tale from the comic genius. But be warned, there are plenty of lows as well as highs here, and the book offer more than just laugh out loud comedy. 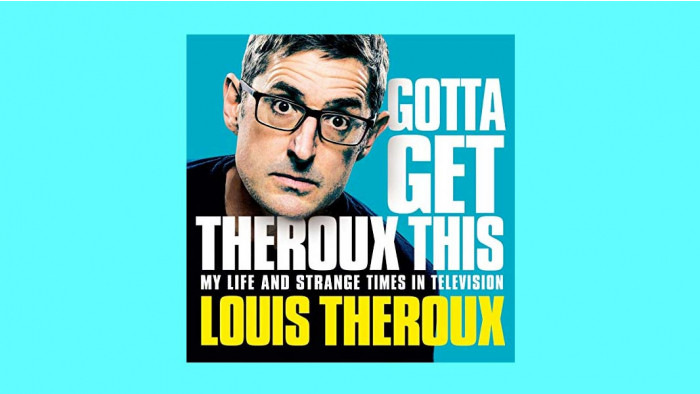 7. Gotta Get Theroux This - by Louis Theroux

Between immersing himself in the weird world of Westboro Baptist Church to that Jimmy Saville documentary, Louis Theroux has experienced his fair share of awkward and eye-opening encounters over the years. It’s precisely what makes this memoir all the more enjoyable. Gotta Get Theroux This sees the hilariously awkward journalist and documentary filmmaker look back on his life. Delving into two decades of interviews, chance meetings and memorable moments, Theroux’s observant take on some of the world’s strangest inhabitants is one not to be missed. 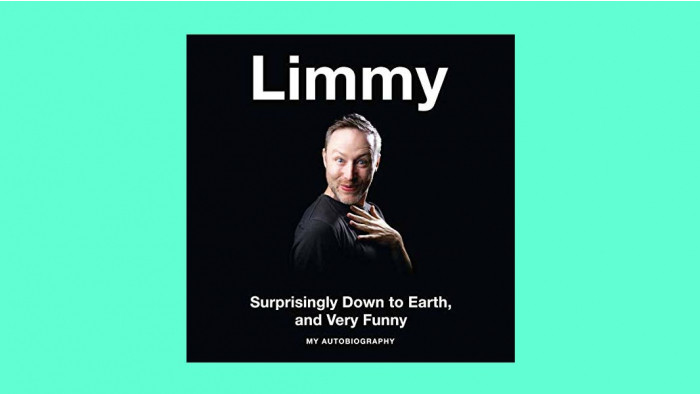 8. Surprisingly Down to Earth, and Very Funny - by Limmy

“Surprisingly down to Earth, and very funny” is the Tweet Limmy puts out whenever someone famous dies, so it's the perfect title for his own book. It’s fantastic to hear Limmy read out his own words, with the book taking on the subjects of mental health, his time at school and how he became the comedian he is today. While you will laugh a lot listening to this, it’s more about how humour can get you out of the darkest spots, told candidly by one of the best comedians around. 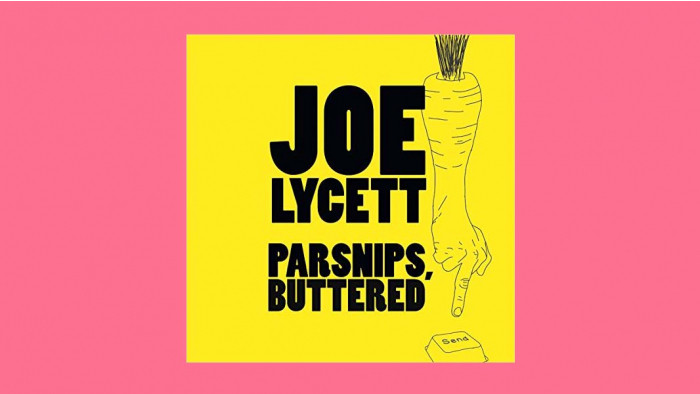 Joe Lycett has become known as a modern-day justice crusader. Just last week, the comedian legally changed his name to Hugo Boss in protest, after the fashion brand began sending cease-and-desist letters to charities using the word ‘boss’ in their name. If ever you needed an excuse to find out more, that must surely be it. Parsnips, Buttered, perfectly encapsulates his tongue-in-cheeky style of comedy, featuring convoluted stories and tales of political correctness gone mad. It’s silly entertainment at its finest.