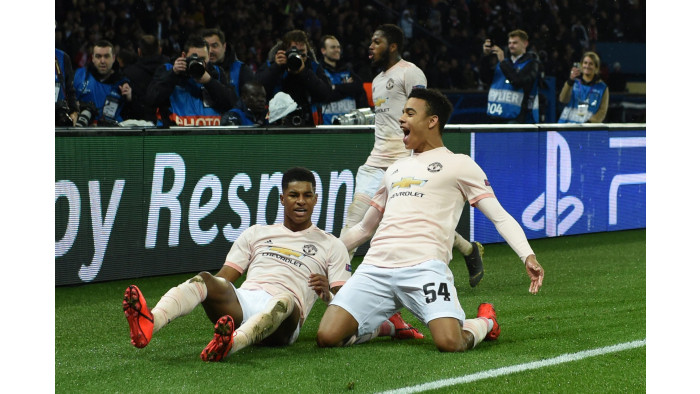 Manchester United entered the record books in the last 16 of the Champions League when they beat Paris Saint-Germain at the Parc des Princes to progress on away goals.

Their 3-1 win made them the first club to lose a first leg game by two or more goals at home but still make it through to the next round.

The English club did it in the most dramatic way possible, too – they were on their way out of the competition before Marcus Rashford’s 90th minute penalty turned the game on its head.

We’ve looked back at some of the best Twitter reaction to a momentous night.

Romelu Lukaku has bounced back from recent criticism, and it had to be him who opened the scoring just two minutes into the game

However, United soon let their opponents back into the game after Juan Bernat benefited from some generous defending

Lukaku put United back ahead before the break, leaving them just one goal away from victory, but PSG weren’t playing like a team one goal from elimination

Then, as the game moved towards stoppage time, Diogo Dalot appealed for a penalty after his wild shot struck the arm of PSG’s Presnel Kimpembe. Over to the Video Assistant Referee for a long look, and…

The decision wasn’t without its controversy, but it seems VAR is part of the game now

And so it was down to Rashford. All he had to do was beat Gianluigi Buffon, the oldest man in the world.

It was more heartbreak for PSG, who threw away a four-goal first-leg lead against Barcelona just two years ago, but hats off to Manchester United’s manager.