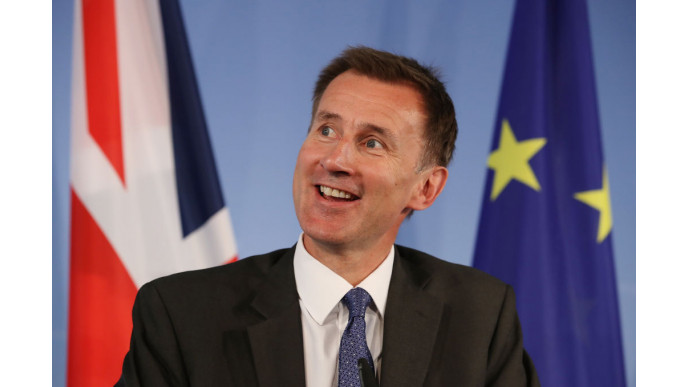 Look, we’ve all done it. We’re in an important meeting or on a date, nervous, and we completely botch what we’re trying to say. We use the wrong word or slip up and create a whole new, completely nonsensical one. Sweating and anxious, we accidentally swear or call our boss ‘mum’. We lose all basic cognitive function and control over our mouth and tongue, basically.

What, perhaps, we haven’t done? Is call a cabinet minister a c*nt on national television.

The latest to fall foul to the Curse of Jeremy Hunt is this BBC News presenter, seen in a clip that later went viral on Twitter.

But it’s not the first time that there’s been a mix-up over Hunt’s name.

One particularly prominent example came on Radio 4’s flagship political show The Today Programme, when presenter Justin Webb slipped up over the name when talking about social care.

It also, very famously, happened on another episode of The Today Programme, this time by veteran presenter James Naughtie. Naughtie later told The Guardian that he was “there with lots of bits of paper and someone was shoving headlines in front of me and I said, ‘After the news we’ll be talking to Jeremy C*nt”.

“And all I could see behind the glass were arms going up in the air, as in ‘We surrender’,” he said. “And the guy who was passing the news bulletins to the late Rory Morrison went under the table laughing.”

It seems unbelievable that so many reporters would get his name so wrong so many times.

But when you look at his voting record – and his history as Health Secretary – it starts to make a little bit more sense.

He typically votes against raising benefits, against laws promoting equality and human rights, for stricter asylum systems; for mass surveillance of people’s communications and against measures to prevent climate change. He also, lest we forget, royally f*cked the NHS.

So we can kind of see where they’re coming from, to be honest.