Pierce Brosnan: ‘I know not magic, only the old alchemy of acting’

Exclusive: The celebrated actor on Black Adam, sorcery and superheroes... 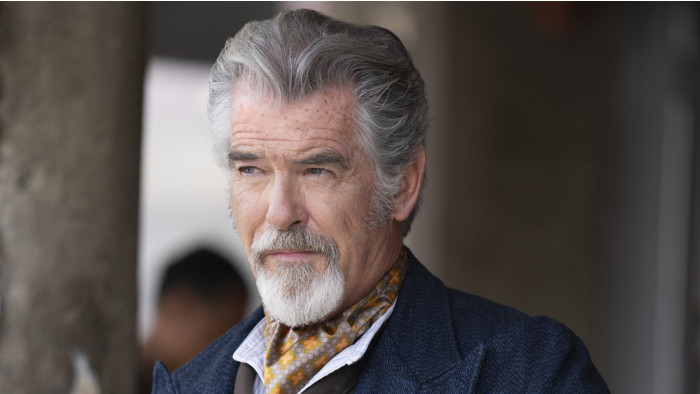 At the age of 69, Pierce Brosnan has become one of the most dapper superheroes ever, thanks to Black Adam.

His character, Doctor Fate, is an elder statesman in the world of DC comics and a key part of The Justice Society, the band of supes brought in to try and temper Dwayne Johnson’s anti-hero in the movie. This is a group Brosnan was all-too familiar with before he got on set.

“My eldest boy Christopher has a vast collection of these comic books, so I went and looked at them,” he told ShortList, when we met up with him in London.
“As an artist myself, a painter, I very much enjoyed the transformation of Doctor Fate over the years, from the 1940s to now - the flamboyance and the great artwork done by these men. I think the movie captures that.”

Theatrics is certainly what Brosnan brings to the role of Kent Nelson aka Doctor Fate, a sorcerer who can see the future (futures?) and has myriad tricks to his name, including multiplying to deter enemies. Magic, though, is not something Brosnan partakes in away from the screen.

“I know not magic, only the old alchemy of acting,” Brosnan tells us, before explaining a little bit about the cinematic tricks that brought his character to the big screen.

"I play Kent Nelson until he puts on the 'helmet of fate' and he transforms into this magnificent superhero, Doctor Fate."

To create the character from there, Brosnan donned a motion capture suit.

While CGI may take over when Doctor Fate conjures up his sorcery, this didn’t deter Brosnan from making friends on the set.
“My best memory is making the whole movie,” he explains. “The friendships that have been sown with Quintessa [Swindell, Cyclone], Noah [Centrina, Atom Smasher] and Aldis [Hodge, Hawkman] who is like a brother. They have all become my family.
“There’s also Jaume [Collet-Serra, director] who really is a superhero, along with all the men and women who created this feast of a film.”
And then there's Dwayne Johnson, Black Adam himself. Always a powerhouse on and off camera, did he offer up any tips to Brosnan about how to deal with the physically demanding aspects of the shoot?
“I followed none of his tips, or any other man’s tips,” said Brosnan. “I got into the costume, learnt the lines, hit the mark, packed my suitcase and went home.”
A pause, then a laugh: “No, I’m being flippant about it but it wasn’t me who needed to work out. It was Aldis who needed to - he was the man that worked... Dwayne was the man that worked.
“Me? My character was computer generated, in the sense of my costume, so my only endurance was getting into that motion capture suit.”
Black Adam is out in cinemas now, courtesy of Warner Bros.