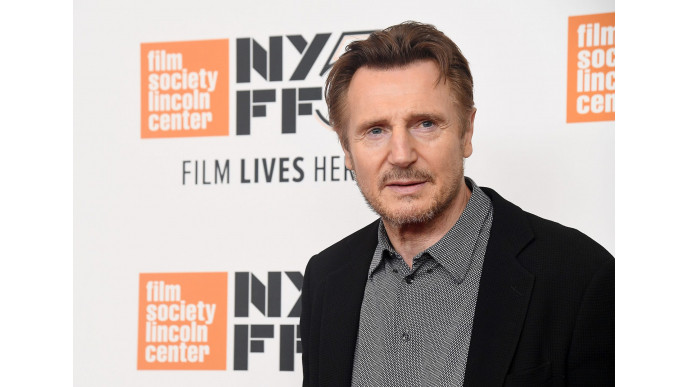 Actor Liam Neeson has hit the headlines for a junket interview – but not because of the film he was trying to promote.

Speaking to The Independent, Neeson revealed that

“She handled the situation of the rape in the most extraordinary way,” he said. “But my immediate reaction was… I asked, did she know who it was? No. What colour were they? She said it was a black person.”

“I went up and down areas with a cosh, hoping I’d be approached by somebody - I’m ashamed to say that - and I did it for maybe a week, hoping some [uses air quotes with fingers] ‘black bastard’ would come out of a pub and have a go at me about something, you know? So that I could kill him.”

People were – understandably – pretty shocked by this revelation.

And now he’s responded to the controversy with an explanation on Good Morning America.

“I remembered an incident nearly 40 years ago when a very dear friend of mine was brutally raped and I was out of the country and when I came back she told me about it.

“I had never felt this feeling before, which was a primal urge to lash out. I asked her did she know the person, and his race. She said he was a black man.

“After that there were some nights I went out deliberately into black areas in the city, looking to be set upon so that I could unleash physical violence.

“I did it four, maybe four or five times until I caught myself and it really shocked me, this primal urge. It was shocking.”

“I did seek help, I went to a priest who heard my confession. I had two very very good friends that I talked to.

“And believe it or not, power walking. Two hours every day, to get rid of this. I’m not racist, this was nearly 40 years ago.”

“I was trying to show honour and stand up for my dear friend in this medieval fashion.”

Asked by host Robin Roberts what he hoped people would learn from his story, Neeson said: “To talk, to open up, to talk about these things, we all pretend we’re all politically correct.

“I mean, in this country and same in my own, sometimes you scratch the surface and discover this racism and bigotry, and it’s there.”

Roberts said that he has to “understand the pain of a black person” from hearing his confession, to which he replied: “Absolutely, you’re absolutely right.

“And at the time, even though this was nearly 40 years ago, I didn’t think about that, all those things surprised me, but it was this primal hatred, I guess, that really shocked me, when I eventually came down to earth and saw what I was doing, looking for a fight.”

“I remember shooting Schindler’s List, and hearing remarks from drivers who were taking us to the set, thinking to myself, ‘Am I hearing this right, this guy is making anti Jewish comments to me, a guy playing Schindler?’,” he said. “Sometimes we’d see swastikas on walls painted by people who knew we were going to the set.”

But some people are unimpressed with his statement.

Neeson has had one notable defender – John Barnes.

The former Liverpool and England star said, who suffered racist abuse throughout his football career, told Sky News he respected Neeson for telling the truth about his feelings, and added that “we are all unconscious racists”.

“I believe that Liam Neeson deserves a medal and I’ll tell you why.

“I’ve listened to the transcript, and he was talking about how revenge doesn’t do anyone any good.

“If you listen to everything he’s talking about, he’s saying that in the moment, and you can’t blame him for thinking what he feels, this is what society has wrongly shown him that black people do.”

He added: “It’s been spun – if you want to think about what he’s actually saying, he’s saying he was ashamed and horrified by the way he felt.

“That is what he went on to say, you cannot blame him for thinking that.”