Are these true iPhone-beaters? Find out 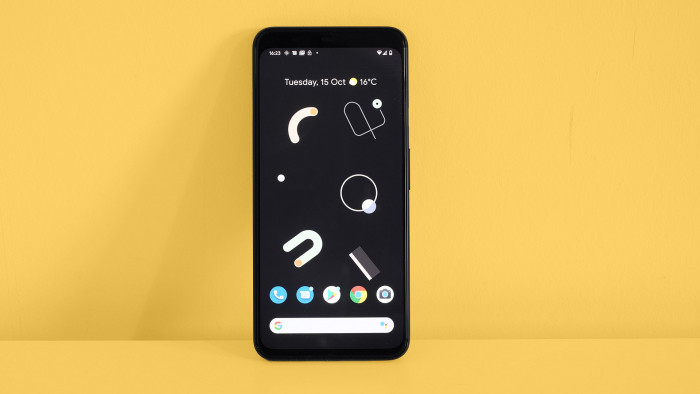 Google has revealed its top-end phones for the 2019/2020 season. This year we get, and this should surprise no-one, the Google Pixel 4 and Google Pixel 4 XL.

Pixel phones get you the quickest updates, the cleanest Android experience and some of the best phone cameras around. That hasn’t changed this time around.

But what’s new? We’ve skipped the boring bits like the CPU power — there’s lots of it — to bring you the 11 facts you need to know about the Pixel 4 and Pixel 4 XL.

There are two phones

The Google Pixel 4 is the phone for you if you think Huawei’s garish finishes are several giant leaps too far. Previous Pixel phones had a cute two-tone design, but the Pixel 4 is solid colour, and has almost no defining design charactertistics.

There’s a square camera housing, but we’ve seen those before. It’s metal and glass, but so is virtually every other high-end phone. Some will say it’s a bit boring. Others will find it the very definition of tasteful reserve.

The bright power button is the one part that really stands out in-hand. Standard colours are black and white, but there’s also a limited edition “oh so orange” if you want a phone with a bit of "pop".

This is the first true “zoom” pixel

Previous Pixels would let you zoom when using the camera, but it had a trick, not a dedicated zoom lens. Google used the OIS motor to nudge the camera ever-so slightly, letting it see between its own pixels. This is clever stuff.

The Pixel 4 and 4 XL have an actual 2x zoom lens, which radically increases the quality of your zoomed images. It still uses those same clever OIS techniques too, letting it zoom all the way to 8x and still produce pretty decent results.

The stereo speakers are great

Google’s Pixel 4 phones have stereo speakers. There’s one on the bottom, and another above the screen.

This style isn’t too unusual, but the quality of them is. As there is more room above the screen, the front speaker is just about as loud and beefy and the lower one. The result? Cracking stereo sound for greater immersion when you play games and watch videos.

This year Google decided to “do an Apple” and get rid of the fingerprint scanner. Where other high-end Androids tend to favour an in-screen scanner, the Pixel 4 offers face unlock and that’s it. If you want to avoid typing in a pin, anyway.

It’s a special kind of face unlock, though. The Pixel 4 maps your face from a whole range of angles. This lets it recognise you accurately even when your face isn’t dead-on to the screen.

You can live transcribe conversations

The Pixel 4 benefits from all the neat features added in Android 10. Live Caption is one of the most interesting.

It uses Google Assistant’s advanced speech recognition to act like an after-the-fact autocue. Most of us probably won’t want to use this too often, unless you interview people or like to record conversations with friends for some reason. But It isn’t half handy if you, or a loved one, find it hard to make out TV dialogue.

Pixel phones have traditionally had a pretty restrictive interface style. You could change the wallpapers and a few other bits without pasting over the top software layer entirely (which you can do with “launcher” apps). But the Pixel 4s have loosened those restrictions a bit.

You can now use the Dark Theme. This is like the “dark mode” of some other phones. It turns black parts white, inverts fonts and background panes for a whole new look. This is a must-try.

The screen has its own intelligence

The Pixel 4 and Pixel 4 XL have dual refresh rate OLED screens. These are 90Hz panels, but they’ll only run at full blast when needed, otherwise simmering down to the usual 60Hz to save battery. Other 90Hz phones make you do this manually, which tends to mean you’ll either choose one mode or the other.

What do 60Hz and 90Hz mean? This tells you the number of times a second the screen’s image refreshes — 60 times or 90 times. You really notice the difference when scrolling through Android at 90hz, as icons seem to move with almost eerie smoothness. It looks dead classy.

The extra front sensors of the Pixel 4 phones allow for some new party tricks, called Motion Sense. They let you wave in front of the screen to change tracks or to silence notifications. That’s right, you can snooze your alarm without even touching the Pixel 4 XL.

Android 10 also offers complete gesture control, with no soft keys at all. You flick up to get to the apps menu, flick from the right of the screen to use the “back” function, and from the left to bring up the display of recently-used apps.

Pixel phones are regarded by many as having the best phone cameras around. And Google has done its best to keep a hold on that smartphone supremacy.

Night Sight is one of the most important parts of this. You use this most when it’s very dark out, although you can use it in daylight if you like. It doesn’t spoil your shots, unlike some night modes. Keep it ultra-still with a tripod or hard surface and it goes into a star-gazer mode that takes several minutes to capture a jaw-dropping pic.

You're not going to capture the aurora borealis in south east London, but even there the results are amazing.

You get updates for ages

Most Android phones don’t guarantee updates for a certain length of time. As the owner you generally just have to hope the manufacturer will keep on pumping them through, and this tends to rely on the popularity of that phone and the online pressure for updates.

Google doesn’t leave you hanging. It says the Pixel 4 phones will get major Android updates for three years, at a minimum. Even if you buy a phone on a long contract, it won’t seem out of date by the end. Well, unless we’re all using solar powered hover-phones by then.