Final No Time To Die trailer shows Bond at his best 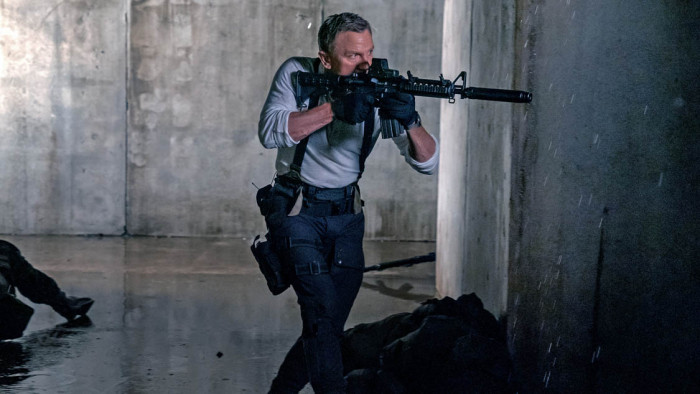 A battered Aston Martin DB9, a familiar voice from an enemy seemingly back from the dead, THAT theme tune.

Bond is back this September and if the final Not Time To Die trailer is anything to go by then we are in for something quite special.

Secrets and spies is the theme of the final, with Bond back on the tail of a new villain, the mysterious Safin (played by Rami Malek). Léa Seydoux's Madelinne Swann is also back, seemingly keeping a big secret from Bond that could "kill him".

It's been over a year that the world has been waiting for No Time To Die to be released, so it's great to see a trailer with a release date and one that shows that the new James Bond movie is set to be an action packed crescendo for Daniel Craig's take on the character.

And if you watch the US-only version of the trailer, then it starts right at the beginning of Craig's tenure, with clips from Casino Royale.

And that important release date: 30 September, with the box office opening 13 September, for international folks and 8 October for those in the US.

As for the official plot: "In No Time To Die, Bond has left active service and is enjoying a tranquil life in Jamaica. His peace is short-lived when his old friend Felix Leiter from the CIA turns up asking for help. The mission to rescue a kidnapped scientist turns out to be far more treacherous than expected, leading Bond onto the trail of a mysterious villain armed with dangerous new technology."

The final No Time To Die trailer has been revealed at the same time it was announced that there will be a retrospective documentary on Apple TV that charts Daniel Craig's time as James Bond.

The documentary will be exclusively available to stream on the Apple TV app as a free rental ahead of the theatrical release of No Time To Die.

Who should be the new James Bond? You decide.