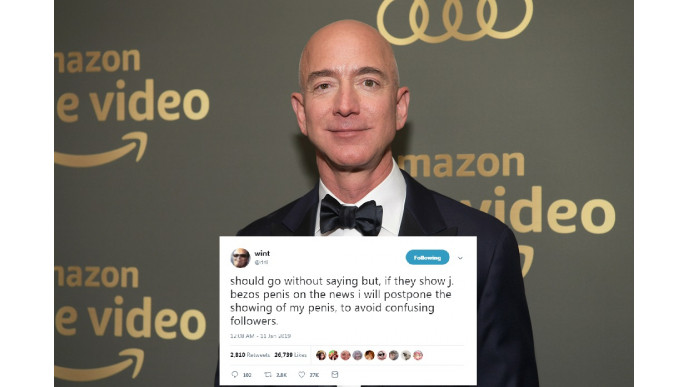 If you’re not that active on Twitter, the name ‘Dril’ probably won’t mean that much to you.

However, for those on a corner of the internet known as ‘weird twitter’ – yes, it’s exactly what it sounds like – the man is seen as something of a prophet.

In much the same way as The Simpsons seems to have predicted a ridiculous amount to have happened in the last few years, Dril has been dropping hints about some of the stranger occurrences.

This bizarre meme about cold plums is taking over Twitter

We’ve had some simple juxtapositions, like this in relation to disgraced former Google engineer James Damore.

However, the political arena is where he has been able to shine, previewing Brexit.

And giving a glimpse into Donald Trump’s presidential behaviour…

He has since been able to pivot to famous men’s penises, however. Yes, it’s a strange change of direction, but some will argue it makes perfect sense.

The most recent addition to the canon, though, is the one which surely seals his place as a modern prophet.

Amazon chief Jeff Bezos has posted on Medium about the possibility of one of his ‘dick pics’ being published, and normally we’d say it’s the sort of thing no one could have possibly foreseen.

However, ‘normally’ doesn’t apply where Dril is concerned.

We’re now obviously starting to wonder which of Dril’s other seemingly innocuous tweets are incredible predictions in the making, just waiting for the corresponding real-life event to take place.

Of course there are some which sadly feel applicable pretty much every week.

But we’ve picked out some candidates for the next one to somehow be reflected in real life, now that we’ve realised nothing is too far-fetched.

Remember us when these inevitably become intensely and confusingly relevant.