New comic-book series will showcase the worlds within the films. 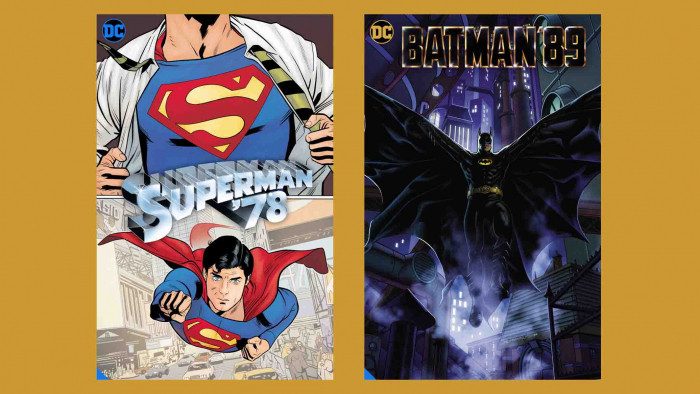 If you are of a certain age then the Tim Burton Batman movies and Richard Donner's Superman movies are the best superhero movies that have ever existed.

While they may not have the CGI advantages of the MCU, they delivered fantastic stories in unique ways. Donner made us all believe that a man could fly - and plenty of people have followed him up into the clouds since.

It's fantastic, then, that the two movie franchises are set to get their own comic-book spin-offs that pay homage to these amazing movies by setting stories within their worlds.

The Batman ’89 and Superman ’78 comic-book series will be set within these universes and tell new tales, introduce a bevy of new characters and continue the story after the films finished.

The Batman comic will be written by Sam Hamm, the original writer of Batman '89, and will “pull on a number of threads left dangling by the prolific director... and help usher in the return of Selina Kyle/Catwoman and will debut a new Robin! Plus, Quinones has a vision for Harvey Dent/Two-Face that is as close to movie magic as a comic can get!”

The comic's artist Joe Quinones tweeted some early artwork and, well, we are very excited.

As for Superman, Rob Venditti will be writing and Wilfredo Torres drawing - Torres had a similar run with Batman '66 and also tweeted some early drafts.

“Bystanders are surprised and delighted by Superman’s abilities, and Lois Lane doesn’t (yet!) know that Clark Kent is secretly Superman. The sheer thrill of seeing a man fly, leap, or stop a bullet will be reflected in this environment where Superman has just been introduced! Inspired by Donner’s classic, timeless style of superhero storytelling, in Superman ’78 Venditti and Torres will show fans that a man can truly fly,” says the release.

Both comics will be out July 27, 2021 as digital versions and in October as a hard cover.