Some real nuggets of gold in this money guide. 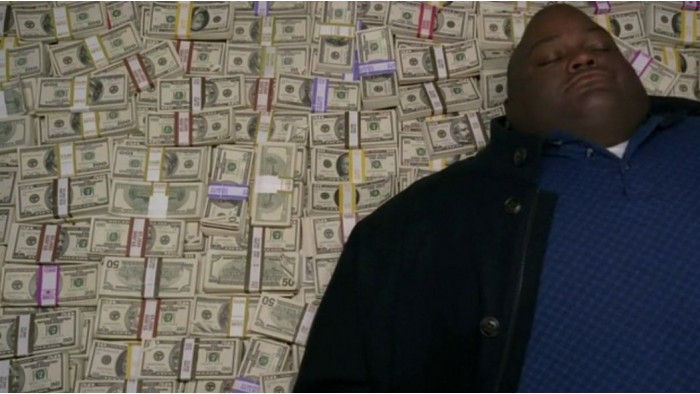 Moolah, cash, bunce, wonga and all the rest. Sadly, money really does make the world go round; we all need it, and we’d all like rather more of it - especially now with the cost of living crisis in full swing.

Dig a little into the history of our coins and currency and you’ll discover some incredible nuggets of fact – here are some of the best money facts and no, you can’t have a pound for every time you’ve heard one of these before etc...

1. The direction the monarch faces on coins changes with each appointment

This (golden) nugget is prevalent right now, given the sad death of HRH Queen Elizabeth II. With the Queen now passed, King Charles’ first jobs as new monarch will be to approve a likeness of his face to adorn all of the nation’s physical currency.

But he’ll have to hope that his left side is is good side, as that’s what we’ll be looking at every time we hand over some cash; it’s a little-known fact that the direction the King or Queen faces on coins changes with each monarchy. The new currency will be phased in over a period of time following the changeover, likely taking around three years.

What a fact. We genuinely were as surprised as you.

While the 50 quid note is the highest-value banknote in general circulation, deep in the Bank of England’s vaults, there are a small number of ‘giants’ and ‘titans’ – aka. actually-real £1m and £100m notes respectively. They are not supposed to ever appear on the streets, but instead play a role in the financial system by backing the value of the everyday notes issued by commercial banks in Scotland and Northern Ireland; according to the BBC, “for every pound an authorised Scottish or Northern Irish bank wants to print in the form of its own notes, it has to deposit the equivalent amount in sterling with the Bank of England.”

Imagine popping into your local newsagent to buy a Freddo to break into it for the change.

4. This is how the word Farthing came to be

The farthing was in use between 1860 and 1956, spanning the ranges of six monarchs, and was a unit of British currency of one quarter of a penny. Farthing was a corruption of ‘fourthing’, which makes total sense when you think about it, and yet we’d never thought about it before. As far back as 1060, an English coin which was minted was shaped like a clover – any of the four leaves could then be broken off and used as separate pieces of currency.

5. Quid is not rhyming slang

It is widely believed that the term ‘quid’ originates from the phrase Quid Pro Quo, translating literally as 'what for what'. What that has to do with money we’re not sure but, hey, it’s still a good fact. The first recorded use of the term relating to money is in Strange Newes from Bartholomew-Fair, by P. Aretine, published 1661. "The fool lost his purse, but how he knew not; for the reckoning being suddainly brought in, his Quids were vanisht." Sounds like the morning after many a night out for us sadly.

6. The Brits are world leaders at counterfeiting

In these uncertain times, where Britain is increasingly uncertain of its place in the global world order, it’s truly comforting to know that we’re still good at important things, like counterfeiting bank notes. According to the central banks, there are 300 fake notes in every one million sterling notes, compared to 100 for the US dollar, 50 for the Euro and 10 for the Swiss franc. It’s amazing what you can do with a scanner and a decent printer isn’t it?

7. There is an awesome song by Max Bygraves about decimalisation

When the Brits finally decided to stop clinging onto the frankly insane idea of imperial coins (although read the Daily Mail letters page on any given day and you’ll find someone bemoaning this as a ‘ridiculous development’ that was almost certainly the idea of the EU, even though we hadn’t joined it then) and embraced the pure logic of decimalisation, the government knew that the general population would take a bit of educating to get used to it. Thus, in preparation for 15 February 1971, they embarked on an enormous media campaign including leaflets, TV spots and even songs, as the above banger from Max Bygraves demonstrates. We’d love to own that record, as long as it was in mint condition.

8. The Nazis tried to flood the UK with counterfeit notes during the Second World War

In an effort to devalue British currency and destabilise the economy, Nazi Germany produced huge quantities of counterfeit sterling notes during the Second World War. By 1945, a staggering 12 per cent of the value of notes in existence were forgeries. They tackled the problem by removing higher denomination notes from circulation, and putting metal threads through new notes, to make them harder to forge. Churchill himself would surely have approved of his image adorning the new polymer fivers, which are designed to be the hardest to copy yet.

9. Stamps are not legal tender

Despite what David Brent might think, stamps are not, in fact, legal tender. In the words of the Royal Mint: “While you are free to accept stamps as payment for a service or goods, there is no legal obligation for you to accept them when offered and you have no legal recourse if payment in stamps is refused!”

10. Don’t go having any funny ideas about paying fines in pennies

Despite regular stories of disgruntled motorists paying their parking fines using nothing but pennies, be advised that the council is under no obligation to accept them. While relevant parties can choose to accept any type of payment they wish – be they coins or otherwise - in England and Wales, restrictions apply on sums below £1, where they are only obligated to accept the following amounts: Up to £10 in 20p, up to £5 in 10p and 5pm, and up to just 20p in 2p and 1p.

11. It is not illegal to burn money

Before you rush to report us for the above crime, it is a little-known fact that it is actually not illegal to burn money – as long as you destroy it. However, defacing money is subject to a penalty under the Currency and Bank Notes Act 1928. The reason for this is that damaged notes could be kept in circulation, whereas destroying them simply lowers the money supply – inadvertently gifting everyone else in the UK a very small proportion of the money that you have destroyed, as the total value of the remaining currency remains the same as previously. The K Foundation (parent organisation of The KLF) famously burned a million pounds in 1994, but would not have faced any charges for this act. Ironically, they had already been fined £9,000 plus £500 reprint costs for defacing that million pounds when they’d previously nailed a load of £50 notes to an art gallery wall.

12. The use of gold in coins ended when the First World War broke out

Prior to 1914, the gold sovereign, worth £1 was in circulation in the UK. However, upon the outbreak of war, the government asked the public to hand in their sovereigns, as the gold could be used to pay off international debt, support the Bank of England’s reserves and fund the war effort – in its place came the £1 and £10 notes. By the summer of 1915, gold had all but disappeared from circulation.

Cockney rhyming slang has given us myriad examples of wonderful wordplay and, the East Enders seem to be more than a little obsessed with money – perhaps due to the City of London’s activites on its doorstep. So, just so you know how to do that next dodgy deal down the Ten Bells and you want to speak the proper lingo, here is your official translation guide:

That’s right, since 1992, 1p and 2p coins have been made of steel, (albeit plated with copper), while every coin worth more than 10p is made mostly of copper. Prior to 1992, 1p and 2p coins were made of bronze (97% copper), but by May 2006, these coins contained 3p worth of copper, which was downright confusing for everyone involved.

15. The 2008 coin redesign saw them join together to form the Shield of the Royal Arms

Which is rather neat isn’t it?

16. The M11 has an exit but not an entry on Junction 5 to prevent would-be thieves escaping

The M11, a cracking motorway finally completed back in 1980 that linked London and Cambridge, branching off from the North Circular, passing perpendicular to the M25, taking in Stansted Airport before finishing in the leafy Fens before joining up with the A14. But an interesting story surrounds the mysterious junction 5, at which you can leave the motorway, but cannot join it to go Northbound, or Southbound. There’s no clear reason why this isn’t a fully functioning junction but legend has it that there is no entry due to its proximity to the De La Rue Currency factory – which prints banknotes for the Bank of England. This way, any potential bank robbers wouldn’t be able to quickly make good their escape onto a motorway and out of London. Yes, not strictly a fact, but why would authorities confirm this?