Crappy birthday to you! 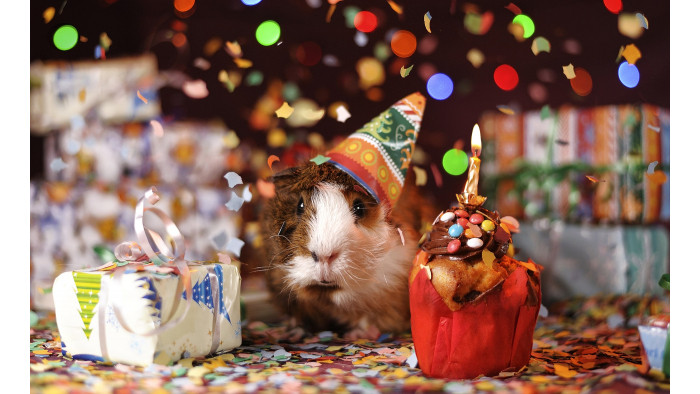 Everyone’s got a birthday. They’re like anuses, noses and disappointing anecdotes about walking past someone off EastEnders on Oxford Street in that way. But don’t we make a big deal about what is an entirely arbitrary thing? It’s just the date you were born, after all, it doesn’t mean anything.

Yeah. And here’s some of why.

If you have a rubbish one, it’s always rubbish

Some days and times of year are crap to have a birthday on, but if that’s when you were born, you’re stuck with it. Born on January 1st? Congratulations, nobody will ever come to your party because they’ll be too hungover! November 11th? You’d better be prepared to spend part of your birthday shutting the fuck up and paying your respects! February 14th? Birthday or not, you’re gonna feel like shit if you’re single and can’t make it all about you if you’re in a relationship! There’s probably a fortnight’s worth of dates spread through the year where people born on those dates have literally never had a happy birthday. That can’t be fair.

This can go lots of ways. If you were born on April 20th, you have the same birthday as Hitler, which meant you have one more thing in common with Hitler than most people, and that’s not good, is it? Also, if your birthday is the on or near the birthday of one of those people that isn’t necessarily your friend but exists in the same circle as you, you have to either reluctantly team up with someone you find savagely underwhelming or become birthday rivals, each of you carefully noting who goes to which party. Knowing exactly where you stand in the social hierarchy isn’t really much of a present when everyone’s spending your birthday hanging out with Stinking Gary.

Birthdays are exciting when you’re a kid. Woo, you think, I’m eleven now, I’m growing up, I am growing cleverer and more powerful and more independent. But the difference between, say, 32 and 33? You’re just a bit nearer the Big Sad End, that bit less likely to achieve your goals. Every year of your thirties that goes by, you become less likely to become a child star, a sports sensation, a superstar. After about 28, any success you have is just success, with no “and so young!” bonus on it. The only way you’re ever referred to as “young” after thirty is if you become Prime Minister or die, and one of those is a shitload more likely than the other. Ah, you think, I’m 35 now, I expect it’ll be like being 34 but I’ll be more tired and less attractive.

Have you ever really worked hard on something, and done well, with someone younger than you? With our obsession with youth and fixation on age, it pretty much means we’ve decided that you are objectively worse than anyone younger than you who achieves the same as you, earns the same as you, or measures up to you on any metric. Everything you’ll ever do, someone will have done younger. That’s tiring. Imagine writing a novel and having it published, and how proud you’d feel! Now imagine the same day, another book comes out by someone eight years younger than you. Immediately your achievement feels diminished, and you feel like you’ve wasted loads of time. Fucking hell!

It’s not an achievement, is it?

The only thing you’ve achieved when you reach a birthday is not dying, which is the bare fucking minimum one should expect from someone really. Wouldn’t you rather, if there is to be celebration in your honour, that it was for something you’d actually had something to do with? The thing is, if you try inviting people to an I Just Surprised Myself With How High I Can Jump party, nobody shows up. Same with an Everyone Laughed (In A Good Way) At The Potentially Problematic Impression I Did gathering.

Every ten years, you lose your damn mind

Because of how many fingers we have, we attribute an unjustifiable amount of importance to numbers divisible by ten, and all that means is that every decade (and then, by extension, every five years as we hit the midpoint) everyone goes completely apeshit, overthinking their lives, what they have, what they’ve done, what they don’t have and haven’t done. Grown-ups with grown-up children burst into hysterical tears because the first digit of their age changes. Absolute bullshit.