New trailer for The Boys released 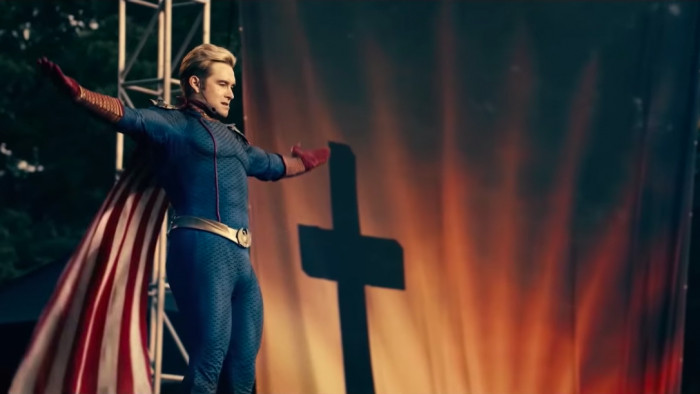 Avengers, this isn't. The new trailer for The Boys has been revealed and it looks like the antidote to the glut of superhero movies and shows we need.

The premise is great, as we would expect from the mind of comic-book supremo Garth Ennis.

Superheroes (Supes) have been committing atrocities but these are all hidden from the public as they are adored. Billy Butcher, a CIA agent (Karl Urban with a Mary Poppins cockney accent), decides enough is enough and employs a ragtag group or mercenaries to dispose of the evil Supes.

The trailer is quite something. For a start it's NSFW, filled with swears, blood, a fun Spice Girls reference, a flying dolphin, a baby with laser beams for eyes used as a weapon and other such ridiculous things.

It shouldn't work but it really does.

The show is almost certain to launch into our best Amazon TV Series guide when it's released 26 June.

If you don't have Prime, then sign up for a 30-day trial.

The dolphin alone will be worth it.