We chat to Matthew Vaughn, Gemma Arterton and Djimon Hounsou about The King's Man. 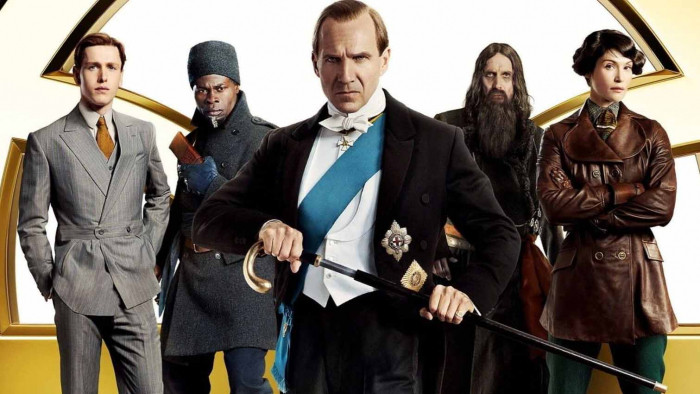 Fans of Kingsman have had to be patient for its prequel, The King's Man - but 'manners maketh man' and all that.

The WW1 set action dramedy has been delayed like many other films this year (and last year) because of Covid. But it's now out on the big screen and it's a bucket load of fun.

The King's Man manages to merge famous faces and conspiracy theories with the beginnings of Kingsman, the secret spy agency that has been, for years, making sure the world doesn't set on fire. It's a fun franchise and while the tone of The King's Man has shifted away from the Eggsy-starring movies somewhat, it still feels part of the universe - and that's all down to director Matthew Vaughn, who has been in the hot seat for all Kingsman movies so far.

"I just try and make a film that I think won't be boring," says Vaughn when we caught up with him recently (alongside also chatting to stars Gemma Arterton and Djimon Hounsou).

"I don't think I will ever make a film that everybody likes but all I do as a director is go and make the film that I would like to watch in the cinema and feel that it was worth spending two hours of my time."

The good news is that The King's Man is two hours well spent and here are 5 things to know about the new movie, according to the cast...

1. The movie was inspired by The Man Who Would Be King

Matthew Vaughn: "I rewatched The Man Who Would Be King, which is one of my favourite films. And the more I was watching, I thought 'God I would love to make a movie like this'. And by the end of it, I said to myself, 'well, what about the man who would be King's Man' and that made me got very excited. So I sat down and made the film.

2. Rhys Ifans was told his Rasputin had to be 'rock and roll'

Matthew Vaughn: I wanted Rasputin to be rock and roll. Literally, I was like Rhys, tap into that side of you. Rhys knows, or knew, how to live large and charismatic and I said, the fact that he was a monk working for the the king or the Tsar and he's still probably more famous than Nicholas The Second to most people. Say his name and people know him. Boney M wrote a great song about him that became, well, I'm not even gonna say larger than a certain part of his body.
I didn't know it, but Rhys has been obsessed with Rasputin and was wanting to write a movie about him. So we both met over a coffee and I just said no one could play this better than you and that performance was just a joy to be part of.

Gemma Arterton: I loved playing Polly. I mean, she's a riot and one of those people that has got everyone wrapped around her little finger and she's very modest. She's someone that's very powerful but just goes about her business and very under the radar, and has got a real sense of fun.

[The accent] was my choice. We discussed it Matthew Vaughn and I. We wanted to represent a different sort of British accent as there was a lot of 'RP aristocratic' going on. So I thought I needed to bring a little bit of Northern warmth and humour. So we went for Harrogate and I hope I haven't offended any people from Harrogate. But yeah, it's a gorgeous accent, you're warmed to it and it's a comforting accent.

4. The exotic locations in The King's Man weren't quite exotic in real life

Djimon Hounsou: There was one particular location that really threw me off. I was hopeful that the whole crew was going to go to Africa to shoot some scenes. I wanted somewhere remote for this beautiful scene in Africa. Then Matthew showed me a picture of where we were shooting that particular scene and asked, 'does it look like Africa?'. I said 'yes' and asked 'when are we going in Africa?' And he replied: 'well, we're staying right here in England'. So we shot Africa in England. It looks beautiful, so I guess that's the beauty of cinema, isn't it?

5. Matthew Vaughn is hoping The King's Man gets its own movie universe

Matthew Vaughn: What we're hoping is that Kingsman 3 will be filming next year, which is the conclusion of the Eggsy/Harry relationship. That's all ready to go and I'm very excited about that. And then if people like this film - I just saw Ralph Fiennes and he asked when we are going to do the next one - we're hoping that there's two universes. If you think about the King's Man, we can go through each decade, learning about history about how espionage has changed. And just sort of go through history and catch up with that moment when one day Harry Hart said, 'we need new blood, we've forgotten who we are'.
I'd love to do a King's Man movie in the Cold War, you know, that would be pretty fun.

The King's Man is out now in cinemas in the US and 26 December in the UK.