5 things to know about Elvis, according to lead star Austin Butler

Exclusive interview with the actor about how the film was made, his extensive preparation and what helped him become Elvis. 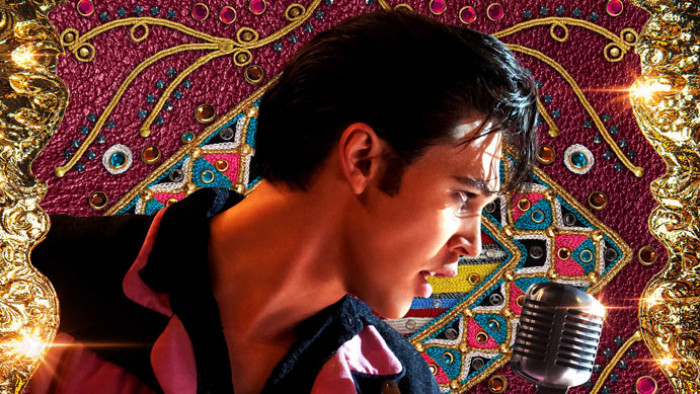 Baz Luhrmann likes to take his time between movies, so when one of his films arrives there's always a fanfare. His latest, Elvis, has already proven itself to be a box-office and critical success.

A big part of this is Austin Butler who plays Elvis Presley in the movie. His performance is one of those rare times when an actor completely disappears and all that's left is the spirit of the person they are portraying.

For Butler, his performance will surely herald an Oscar nomination but, as ShortList found out when sitting down with the star recently, making the part his own wasn't something that happened overnight.

Here are 5 things to know about Elvis, according to its lead star Austin Butler.

1. There was five months’ prep before he got the part

“From the moment that I heard that Baz [Luhrman, director] was going to make the film, there was something inside me that just knew it would be the greatest challenge but also the most amazing experience. So I didn't do anything else for five months before I got the job.

“And then I had to do this screen test. Which is a sobering moment because you realise that all those five months of doing nothing else, turning down every other audition, if I don't get it then then all of that was seemingly for nothing.

“I had to accept that, okay, if I don't get the part then I had five months working with one of my favourite directors of all time."

2. When the call came, so did the excitement… and the terror

“I had this week after the screen test where I didn't know if I got the part and then I woke up with Baz calling me. In his dramatic way, he said, ‘Austin I just wanted to be the first one to call you and say: are you ready to fly Mr. Presley?’

“I just I remember this wave of excitement and passion, then followed by incredible terror because this was the first step of climbing Mount Everest, so I better get to work.”

3. Covid stopped production and Butler used this to his advantage

“We were about to start filming and then Tom [Hanks] tested positive and the movie was shut down. We didn't know how long it was going to be shut down for but it turned out to be six months. So they booked a flight for me to head back from Australia to the States but there was something inside me that didn't feel right.

“I knew that if I went back that I would lose focus in some way - real life would seep back in and I had already built up this momentum of preparation. So I just said, ‘you know, I'm gonna stay in Australia’. I used that time to just immerse deeper and it was such a pivotal time for me because I went from working every day with incredible people and just suddenly being by myself in a room.

“A lot of the stuff that I've been preparing for with with Polly [Bennett], my movement coach and with my singing coaches, dialect coaches and karate instructor… all the people that I had around me, the time alone allowed all of that to suddenly marinate in where it felt like it was getting into my marrow in a different way.

“It was a time where nobody was knocking on my door and I could just be completely immersed in Elvis, so I was really grateful that I could stay in Australia. By the time that we got to filming, it just felt like it was deeper than it would have been if we had started six months prior.”

“There were many things I learned early on [about Elvis] that helped. His mother passed away when he was 23 which is the same age I was when I lost my mom and that connected us.

“There was the fact that he was a twin and what that meant having your other half be away from you, there being this void for your entire life of that first human connection in the womb. That it made his spirituality, how sensitive he was.

“Even through the seven years when he would finish two shows in Vegas, he’d would then go upstairs with [R&B group] The Sweet Inspirations and sing gospel until the sun came up. That was his release.

“There's so many things like that that opened up these windows into him as a human.”

“I think I probably always will [laughing], he's in there.”

Elvis is available to buy and stream digitally, and on 4K, Blu-Ray and DVD