Pizza. Everyone loves it. If you dare to challenge this fundamental fact, it’s time you questioned your sanity. After all, the combination of carby dough and mouth watering toppings is an unbeatable collaboration.

Also, everyone has an opinion when it comes to what is the best pizza topping.

UPDATE: IKEA has decided to get into the pizza game. In its Hong Kong stores its serving pizza that is a take on a classic, topping off a pepperoni pie with the store’s signature meatballs - a dish that was first introduced to Ikea customers in-store during the 1980s. If that wasn't enough, it comes with its very own Sava table.

Whether you like your base thin and crispy or you’d rather a deep dish with enough dough to sink a small ship, we all know it's what goes on top that really matters.

From mouthwatering mozzarella to the inevitable pineapple debate, we've set out to discover the ultimate topping combinations adored by a nation of pizza lovers. Hot and spicy? Maybe. Prefer a meat feast? Why not.

The time has come to cast your vote. 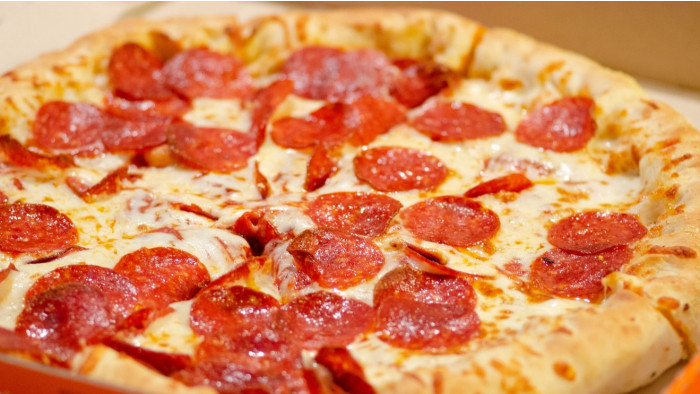 A combination adored by meat lovers everywhere, pepperoni is the ideal way to liven up a classic cheese and tomato offering. Sizzling slices best served piping hot, there's not much to dislike 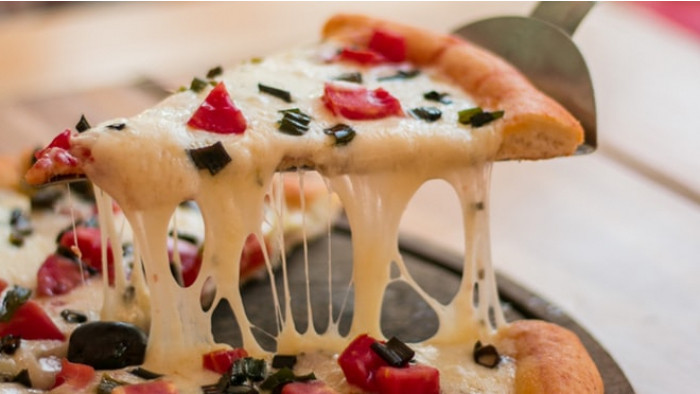 It's a classic combination, but when you're forking out plenty of dough for a mouthwatering pizza, is it worth keeping it simple? Thousands of you seem think so as it remains a favoured combo for swathes of thischeese-adoring population. 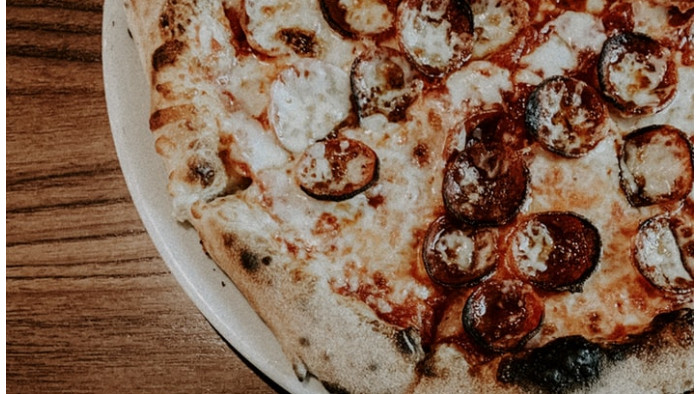 Spicy American, American Hot, whatever you choose to call it, this meaty offering comes with a kick. With chillis scattered by the bucket load and plenty of pepperoni on offer, it's the ultimate combo 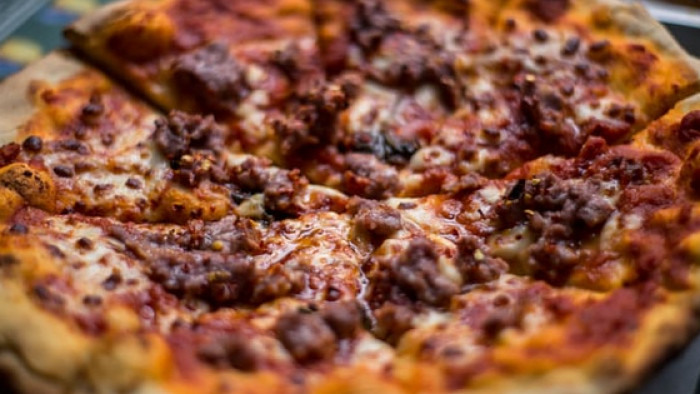 Because sometimes pepperoni just isn't enough, we've decided to throw in the classic sausage offering. Will it usurp its pork counterpart? Only time will tell 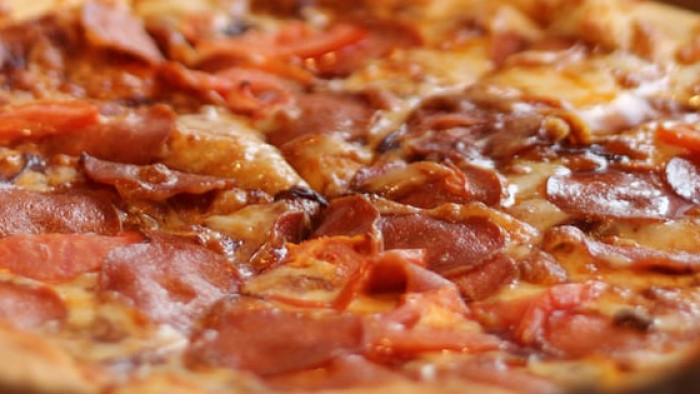 For times when one type of meat just isn't enough, the meat feast is the ultimate carnivorous slice. Whether you call it a meat feast, all the meat or even the meaty one, this celebration of chicken, beef, bacon, pepperoni and sausage serves up too much excitement for one person o handle. 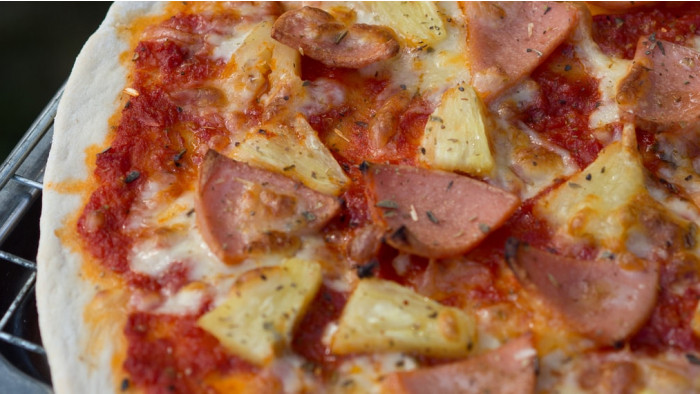 And then pineapple enters the debate. Loved and loathed in similar measures, it's the belief of many that the humble pineapple isn't deserving of pizza glory. We beg to differ. Paired with ham, Hawaiian might just be the ultimate combination. 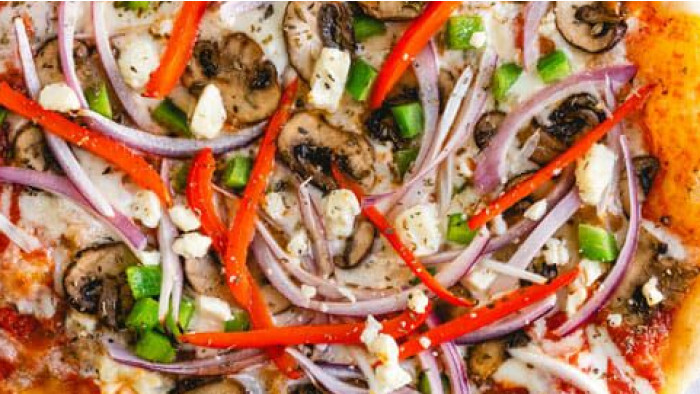 Adored by veggies (and non veggies) the world over, this classic combo of peppers, sweetcorn, onions and mushrooms is a winner whatever your preference 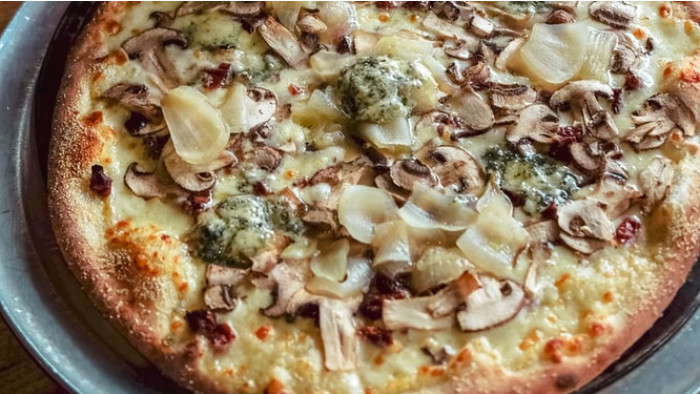 After mushroom was announced as the nation's favourite pizza topping (is it us or does this seem like a rogue choice?), ham and mushroom is surely set to rank highly on your list of ultimate toppings. Part meaty delight, part veggie feast, this is a winning combination. 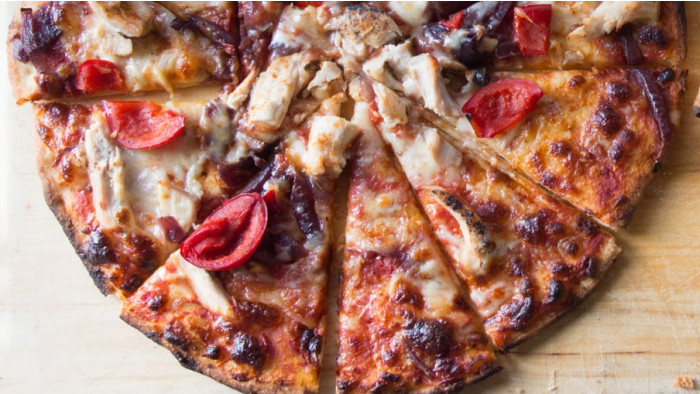 Now, not everyone adores a sweet 'n' spicy BBQ base, but those who do know how glorious it can taste. Topped with chicken, peppers and a fair amount of onions for good measure, this is basically fajita mixon a pizza. 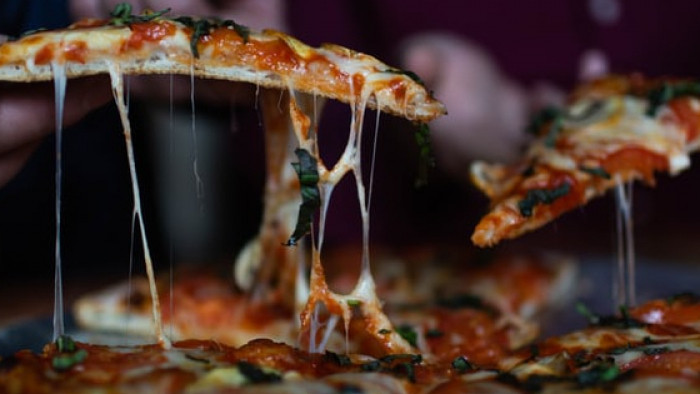 Because not everyone chooses to chow down on cheese and meat, this jackfruit offering is set to keep veggies and vegans alike happy. The texture of meat minus the carnivorous edge, it' a taste sensation.