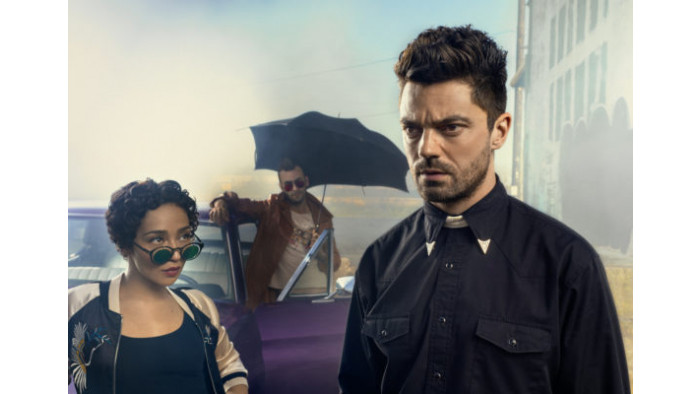 The actor and director shared the news on his Twitter feed yesterday evening with a video stating that “THE END IS NOW”.

It has a pretty unique conceit, if you’ve not seen it. Based on a graphic novel by Garth Ennis, Dominic Cooper plays a slightly unconventional priest, Jesse Custer, as he travels around America with his ex-girlfriend, played by Ruth Negga, and a vampire (yes, really) played by Joseph Gilgun, who you probably know from Misfits or This is England. The reason for their trip? They’re trying to find God.

But Rogen was quick to correct news outlets who said it had been cancelled – it had planned to end, he said.

And it looks like it could go out in style – actress Julie Ann Emery promised that it will go out “on our own terms and with a MF bang”.

The fourth and final season should hit our screens in August – and frankly, we have no idea how it’s going to end.