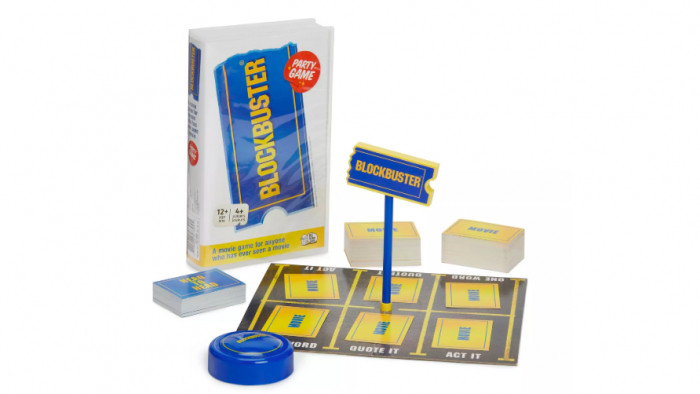 Blockbuster Video is having something of a resurgence at the moment. We mean, it's still a dead franchise kept alive only by our rose-tinted childhood dreams of renting a video from there every single weekend, but pop culture is also trying its best to make sure its never forgotten.

First it was Captain Marvel, landing on Earth via the dusty shelves of Blockbuster, and now there is a board game in its memory.

That's right, something that we will almost definitely be playing to see if it's good enough to get in our best board games list, the Blockbuster games comes in a VHS style box (nice touch) and it contains a quiz about movies.

The object of the game is to go to the Blockbuster (the board is designed to look like the shop's car park), and collect one movie from the each of the eight genres. The genres are: action, horror, classic, comedy, sci-fi, drama, animation, and family.

Made by UK-based Big Potato Games, the Blockbuster game was originally announced back in January, but it's now finally available to buy (in the US at least) at Target.