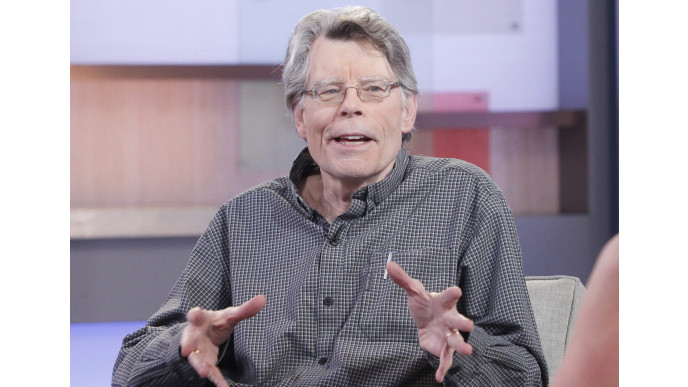 OK, we’ll level with you: most stories involving Stephen King are not that heartwarming.

One of the most prolific and widely-read authors in the world, King is best known for his spooky tales of guts and gore, haunted hotels and pigs’ blood and middle-aged women breaking the legs of authors they fancy. It’s good, yes, but it’s not particularly cheery stuff, is it?

So we were pleased to see this incredibly sweet story about King emerge this week.

Upset to hear that his local paper, The Portland Press Herald, had decided to stop running reviews of local books, King tweeted about it.

“The Portland Press Herald/Maine Sunday Telegram will no longer publish local, freelance-written reviews of books about Maine, set in Maine, or written by Maine authors,” he wrote. “Retweet this if you’re from Maine (or even if you’re not). Tell the paper DON’T DO THIS.”

Obviously, being Stephen King, the tweet got loads of retweets (nearly 9,000 at time of writing) and hundreds of messages of support.

The paper responded quickly, telling King they’d keep the reviews if 100 of his followers took out a digital subscription – and the 100 places were taken before King could even tweet out the request to his followers.

King couldn’t help but add a bit of spice to his reply, though, pointing out that the paper spelled his name wrong, a slightly awkward mistake considering he’s sold nearly 400 million books.

So there we have it – not only a rare good news story but also one involving Stephen King that doesn’t end with someone being covered in a bucket of blood, re-emerging from the grave or going mad and dying in a snow drift. Not what we were expecting, granted, but we’ll take it.