Man gets attacked by mountain lion, fights it off, drives self to hospital

And you thought you were hard 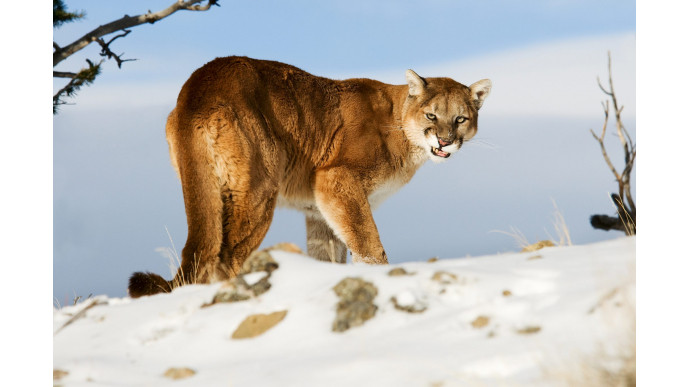 What’s the most impressive thing you’ve ever done, physically? Bench pressed more than all of your mates? Run a marathon? Passed a kidney stone? Well prepare to feel inadequate, because a man has attacked, and suffocated an actual mountain lion, whilst out on a run in Colorado. Makes you look pretty naff for that time you faced down a Jack Russell in a park doesn’t it?

The, as-yet-unnamed man (we’re assuming because he’s either been taken into a government lab to help defeat Trump, or because it’s actually Clark Kent) was out running near Fort Collins on a trail in North Colorado when the lion attacked him. So worry not, UK readers, the scariest thing you’re likely to face on your morning runs is still an aggressive house cat or some metal detectors looking for Roman gold.

Not only did Superman fight the beast off, he then suffocated it to death. How….what….why are there no CCTV cameras in North Colorado? He then drove (flew) himself to the nearest hospital to get treated for his wounds. Wounds that included puncture wounds to his whole body, facial scratches, and wrist injuries. He probably healed himself but just wanted to make the doctors feel good about themselves.

Colorado Parks and Wildlife said they examined the animal and the man’s account concurs with what they found. So it’s true, he walks among us. He’s not that bloke down the pub that’s telling you he once fought a mountain lion off whilst slurring into his seventh pint and showing you an old appendectomy scar as ‘proof’ (Nb. these are also the guys that tell you they were once in the SAS without any prompting).

According to Lynn Cullens at the Mountain Lion Foundation, ‘if you encounter a mountain lion, be very big, make noise, stare at it, back away and don’t run,” she says. “And if you are attacked: fight back.” Which seems like an easy thing to say Lynn, but I bet you’d leg it if you were faced with one. Our advice would be, don’t go running by yourself in the Colorado mountains.

The real question now is, who will play him in the film? And can we make him and Chuck Norris fight?