Get closer to Huawei's most advanced phone yet 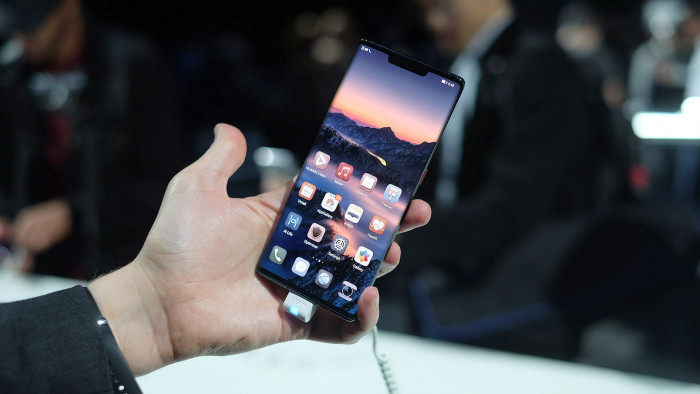 Huawei is one of our favourite phone makers of all time. And the Mate 30 Pro is its latest flagship.

For the last couple of years Huawei phones have offered the most versatile, and in many ways the flat-out best, phone cameras you'll find. This is another stunner, but there's more to like here than just its photos.

It's beautiful, you can get it in a 5G variant and it has more features than The New Yorker magazine.

You may have heard Huawei is in a spot of bother with the US government at the moment so we don't know just yet where you'll be able to buy the Huawei Mate 30 Pro. But we do know it will cost 1099 Euro (£968 in a direct exchange rate conversion) with a massive 256GB of storage.

Slowest phone slo-mo of all time

It seems only last week we were bowled over by phones that can shoot 960fps video. That’s nothing to the Mate 30 Pro. It can capture 720p video at 7680fps, slowing down action so much it makes Neo from The Matrix’s bullet time seem a slo-mo slouch. Can’t find something approaching the speed of light to shoot? There’s a 64x slo-mo mode too.

The Mate 30 Pro’s 6.53-inch OLED screen breaks new ground with its limbo-like bend. This may not be a flexible phone, but its display curves around the corners of the front glass to very nearly 90 degrees (88 to be exact). This means you more-or-less can’t see any surrounds to the sides when you look at the phone front-on. Apple’s iPhone 11 Max certainly doesn’t have that look.

The Mate 30 Pro has the kind of advanced camera features that let you shoot a movie with nothing more than a phone. It can shoot ultra-high quality time lapse scenes at the dead of night. You can shoot HDR video at 4K resolution. 60 frames per second at 4K? No problem. And, the one we really want to try out, you can shoot videos with a “bokeh” blurry background processed on the fly.

This phone has more megapixels than just about any other. Add up the counts of all the ones that actually take photos (there are more that don’t) and you end up with 120 megapixels. The front camera has 32, and two on the back have 40 a piece. We’re no fans of packing in loads of pixels when they don’t count for much, but they also have huge ultra-high quality sensors, to make more of that staggering resolution.

Huawei’s most powerful phone ever

The Mate 30 Pro debuts Huawei’s latest phone brain, the Kirin 990. This has 23% more CPU power and 39% more graphics power than its last, the Kirin 980. That chip wasn’t exactly short of grunt so this phone should stay fast for years to come. It'll breeze through Fortnite.

This phone has a notch. And some of you may not be notch fans, but there’s a whole barrel-ful of tech built into this little black bar. There are cameras and proximity sensors, and they enable new clever gestures. You can use hand movements to flick through menus, and the camera tracks your eyes so it knows when to flip the display. No-more watching YouTube in bed with the video the wrong way around.

The screen is the speaker

Most phones have a speaker on the bottom. Lucky ones get a speaker on the front too. But the Mate 30 Pro’s screen is the speaker. There’s a neat driver unit behind the screen that vibrates parts of the display to create sound. And, no, you won’t feel it buzzing under your fingers as you play Spotify.

It has a clever fingerprint avoiding finish

Every year we get to see new phone finishes as these companies try their best to stand out. Huawei has come up with a new one. The Mate 30 Pro has a smart gradient finish that’s matt at the bottom of the back, and glossy up top. One style merges into the other for an unusual look. It’s practical too. The matt part both avoids those fingerprint marks and feels more grippy.

Most versions of the Mate 30 Pro have glass backs just like other top-end phones. But you can also get it dressed up in “vegan leather”. This gives the back a softer, grippier feel, and a look quite unlike anything else out there. Orange and green leather versions will be available, and no cows were harmed in the making of them, 'natch.

Fan of real animal hide? There’s a Porsche Design version of the Mate 30 Pro called the Mate 30 RS, and it has a back covered in the real deal: genuine leather. Give it a sniff. Vegans will want to give it a wide berth, and so will any one on a tight budget, as it costs 2095 Euros. But it’s certainly different to the norm. Fact of the day: this is the fifth phone Huawei has made with Porsche Design.