What would it actually be like to be Arnold Schwarzenegger's son-in-law? 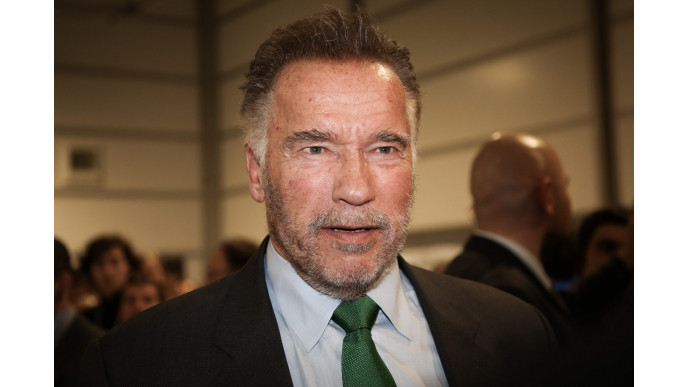 Chris Pratt will never introduce an old friend to his family and go “This is my wife Katherine, and this is her dad, Arnold” because that friend will have gone “Hi Chri–fuck me, it’s Arnold Schwarzenegger!” People who have spent the last few years showing off about going to school with Chris Pratt are now boasting that they went to school with Arnold Schwarzenegger’s future son-in-law.

Most places that Chris Pratt goes, he’s the most famous person there. He’s a bona-fide A-lister these days. That wasn’t always the case, of course, and he’s only been mega, mega-famous for a few years. He’s spoken before about how, before his film career took off, he’d be asked to leave the frame by photographers when attending premieres so they could get a better shot of his first wife, Anna Faris, who was a lot more famous than him.

If he didn’t enjoy that – and he might have been fine with it – will he enjoy hanging out with someone that’s been a global icon for 40 years? Sure, Pratt has more box-office clout these days, and appears on more magazine covers, but is he the Terminator? Can millions of people do impressions of him?

John F. Kennedy was Katherine Schwarzenegger’s mum’s uncle, by the way. Maria Shriver – Arnold’s wife, Katherine’s mother – was his niece. So even if you were trying to process the sheer fame of your father-in-law, you’d do so by invoking the name of your great-uncle-in-law and confuse goddamn fucking everything.

Chris Pratt isn’t like the rest of us, of course. He’s a big hench movie star. The thing is, that means there’s no way he doesn’t look up to Arnold Schwarzenegger – he is, after all, the king of the big hench movie stars. He’s Conan! He’s John Kimble! He’s Douglas Quade! Even if Pratt wasn’t a fan – which he almost certainly is – how could you have that access to someone at the absolute apex of your chosen field and not spend as much time with them as you could? That would be like a robot enthusiast dating the daughter of 1995 Robot Wars champion Mark Setrakian and not asking him about robots – unthinkable!

They even have a friend in common – Pratt and Arnold, not Pratt and 1995 Robot Wars champion Mark Setrakian. Actress Rae Dawn Chong played Schwarzenegger’s sidekick/love interest in Commando, and put the 19-year-old Pratt in her directorial debut when he sweet-talked her into it while working at a Bubba Gump restaurant. Pratt will definitely have used that to cement their friendship, and now it must be tempting for him to make everything in his life a bit more Arnified. Popping to the shops for some fish is boring. Popping to the shops for some fish with your good pal and relative Arnold Schwarzenegger is an extraordinary muscular adventure. How many times do you think Katherine Schwarzenegger has suggested a fun evening activity and been told “Great, let’s invite your dad”?

Think about the wedding itself. You know that particularly implausible bit in Friends when Ross says the wrong name at the altar? You’d completely do that if Arnold Schwarzenegger was stood eight feet away.

If you married Arnold Schwarzenegger’s daughter, you’d at least suggest he came on the honeymoon. You’d probably suggest a helicopter ride, in the hope you’d hear him say “Get to the chopper!”

Put yourself in the shoes of the man marrying Katherine Schwarzenegger – imagine it’s you, not Chris Pratt. It would just be incredibly hard to ever forget who the big fella in the corner was. He’s a hard man to ignore. He’s been an icon for forty-odd years, one of the most recognisable men in the world. He’s also enormous, the size of one of those walking trees from Lord of the Rings. The expression “the elephant in the room” is less metaphorical when the thing you’re trying to ignore literally outweighs an elephant.

Everything would be different. You can’t ask Arnold Schwarzenegger if there’s any more toilet paper. You can’t make small talk about the weather with the T-800. If he said something political you disagreed with, you’d probably just stay really quiet so he didn’t eat your head or pull one of your arms off.

If he was angry at you it would be both terrifying and magnificent. You’d be praying that he’d call you a son of a bitch, like in Predator, or respond to something insolent that you said with a Terminatoresque “Fuck you, asshole.” Obviously if it came to actual fisticuffs you’d die, but maybe he’d impale you on a pipe, or headbutt you through a fence like in Kindergarten Cop.

You’d think of a joke. “I’m going to a composer-themed fancy dress party,” you’d stammer. “A few of my friends are going too. Dave will go as Beethoven, Steve will go as Mozart, and I’ll…”

You’d gulp, suddenly unsure of yourself, but realise you’d gone too far to stop.

And that would be the day that your father-in-law, Arnold Schwarzenegger, killed you.

Congratulations and good luck to Chris Pratt and Katherine Schwarzenegger, a beautiful couple surely headed for a happy future. Who knows, one day they might bring a new life into the world, and after a lovely day with Katherine’s father, he’ll hand the infant back, his big gnarled hands holding its tiny frame uncharacteristically tenderly, and say, with a wink, “Hasta la vista, baby” and everything that has ever happened ever will have all been worth it.