The first single is out now 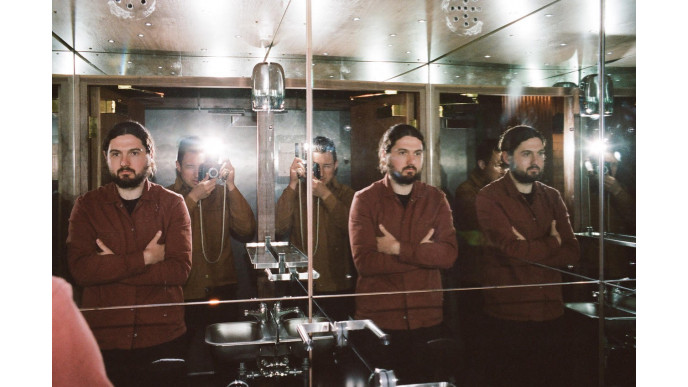 We’ve been spoiled for choice of late when it comes to side-projects from members of established bands.

The latest addition was Simple Creatures, formed by members of Blink-182 and All Time Low, but we say was because there’s a new sheriff in town.

While Alex Turner has The Last Shadow Puppets, Good Cop Bad Cop is the work of drummer Matt Helders.

The partnership came about when Carnall, an old friend of Helders, sent his pal a couple of demos because he thought he’d be into it – the end product is a classy debut single which you can listen to here or below.

Helders has already branched out a little away from his Arctic Monkeys work, including a guest spot on The Last Shadow Puppets’ second album in 2016.

The US-based drummer has worked with artists ranging from Iggy Pop to Lady Gaga, guesting on Gaga’s 2016 album Joanne.

Meanwhile, Milburn returned in 2016 after a hiatus of close to a decade, releasing third album Time the following year.

‘Silk & Leather’ is the first track from Good Cop Bad Cop - a self-titled album follows on 29 March, which you can preorder here.